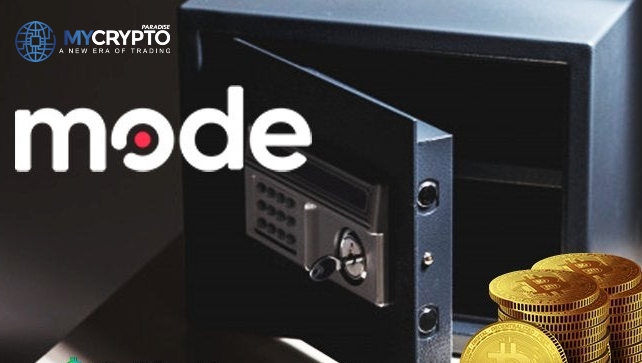 The use of cryptocurrencies is continuing to soar within the world’s global economies, its credibility has been consistent for over a decade and the value of most cryptocurrencies is expected to skyrocket as we move into the future. Many financial groups that have been expected to be skeptical of the digital assets are currently turning to bitcoins and other altcoins for fractions of their assets.

As reported by a reliable source, the London stock exchange-listed company, Mode Global PLC, made its first move to invest in cryptocurrencies. A report had it that they have made public their intent to make an immense purchase of bitcoins.

The move was based on their need to facilitate their treasury investment, where they are to invest up to an amount worth 10% within their total reserves of cash. This information was released last Wednesday, where they added that their interest is majorly for the protection of investors from the incidences of debasement in the unstable fiat.

It is a cliché that, one cannot digitalize integrity. However, with the cryptocurrencies, the integrity and stability within them have remained unrivaled. In the UK, the economy, in terms of the fiat currency is expected to plummet considerably, this has been based on the low investment rates as well as the reduced interest in the side of investors to as low as 0.1%.

Mode global holdings plc stated that they are as well intending to make diversity within their investment moves to avoid the low-interest rates and embrace the sectors with a better return on investment like the bitcoin and other cryptos.

Amid the coronavirus pandemic, Modes stated that they have witnessed the lowest record of interest rates, especially within the bank of England which has a record of up to 326-years of operation. This has raised alarm to them, and they have in turn developed more interest in cryptocurrencies especially in bitcoins.

The decision by Modes, as well, has been fuel by the moves made by other firms including Squares as well as MicroStrategy who decided to invest part of their financial reserves to bitcoins.

Modes plc has however not made it public on the value in form of cash that they intend to inject into bitcoins.