IRS To Obtain Information of Selected Users on Kraken 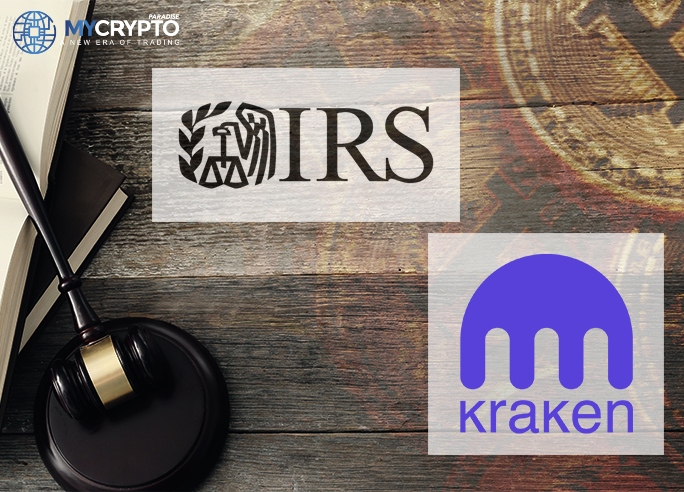 According to the Department of Justice’s announcement, the court order targets users with a crypto transaction equivalent of at least $20,000 in any one year between 2016 and 2020. Moreover, the tax enforcer also intends to check if the popular cryptocurrency exchange complied with record-keeping obligations such as the Know-Your-Customer rules.

The “John Doe summons” service does not accuse US-based cryptocurrency exchange Kraken of any wrongdoing. Rather, it is after IRS’s “reasonable basis” that a group of crypto users may have failed to comply with internal tax regulations.

IRS is looking into several suspicious activities from crypto users. For instance, the tax enforcer claims a number of people report limited income but trade between $5 million to $56 million in cryptocurrency. Others who also reported limited income were operating multiple cryptocurrency accounts. Lastly, IRS also noticed economically unexplainable constant transfer of fiat currency to digital assets and back.

David Hubbert, the current acting Assistant Attorney General of the Justice Department’s Tax Division strongly justified the Northern California court’s decision. According to him, those transacting with cryptocurrency have to meet their tax obligations equally with other taxpayers.

Kraken Is Not The First. Only the Latest

Popular cryptocurrency exchange Kraken is not the first to be hit with the “John Doe summons.” In 2016, Coinbase was served with a similar suit that saw IRS access information of 13,000 users. The most recent “John Doe summons” service was to Circle Internet Financial Inc. in April. The Massachusetts federal court gave the IRS the green light to obtain information of the company’s users as well.