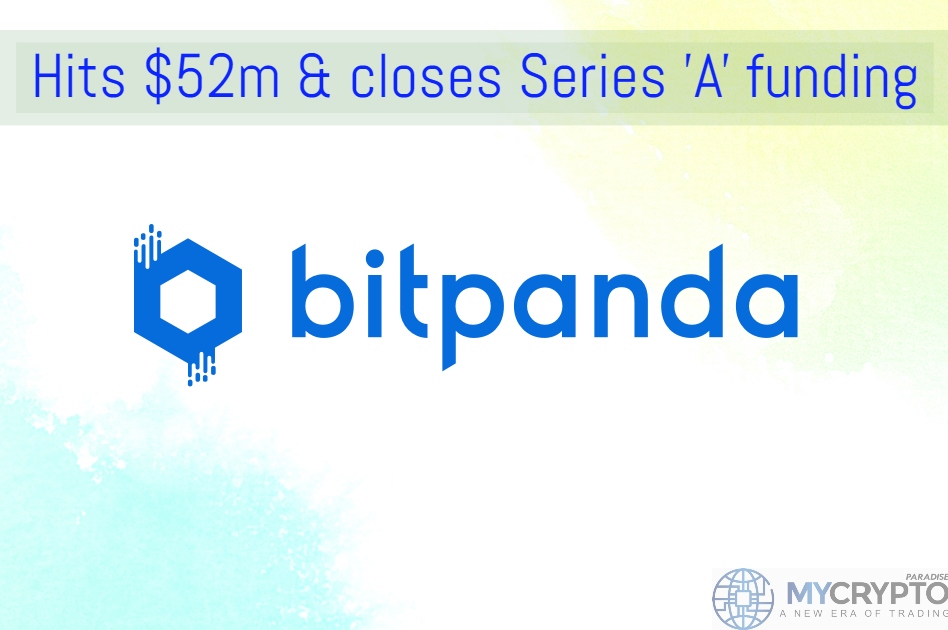 BitPanda Co-Founder and CEO Eric Demuth announced the closure of series ‘A’ funding round upon reaching $52 million. Bitpanda crypto exchange is based in Vienna, Austria was founded in 2014. It has since then spread across European countries and gained overwhelming popularity. The exchange has its unique infrastructure and doesn’t run on the public blockchain. Its users can buy, sell and invest the leading cryptocurrencies including bitcoin, Ethereum, Litecoin among others on the platform.

According to Andrew McCormack BitPanda’s executive board members, the capital raised will be used to expand and position the Vienna-based exchange as a leader in transforming Europe’s fintech industry. Besides being a major dealer in digital assets it will expand its limits to cover precious mental at a wider scope.

Also, McCormack noted that the Bitpanda’s users have increased scientifically to 1.3 million and its revenue doubles annually. He also added that there is already 44 lucrative investment that its users can take advantage of to make real wealth.

In 2020, Bitpanda launched savings and payment features in the platform and are planning to use the $52 million in building new features to facilitate auto-trading. The company also plans to add digital trading and investing assets to make Bitpanda a one-step digital trading solution in Europe.

Demuth also stated that he has much confidence proposals brought forth by Valar Ventures regarding the $52 million funds. The company is known as the world’s pre-eminent venture that makes most out of the least available. The CEO promised to leverage industry-leading technology to build innovative financial tools that will democratize the fintech industry.

The CEO went ahead to say that Bitpanda was doing its best to provide financial education and knowledge to its users. Bitpanda belives the insight will enlighten its user to have full control of their digital finances.  Also, the company is looking forward to hiring 70 extra personnel to join the existing work for 300 members.

European fintech enthusiasts believe that Banda will deliver up to expectation and become the next European unicorn fintech industry. Having proven to be a profitable investment project since 2014, Bitpanda will certainly attract loyal users and empower them to explore opportunities in the digital market.