How to spot an ICO scam 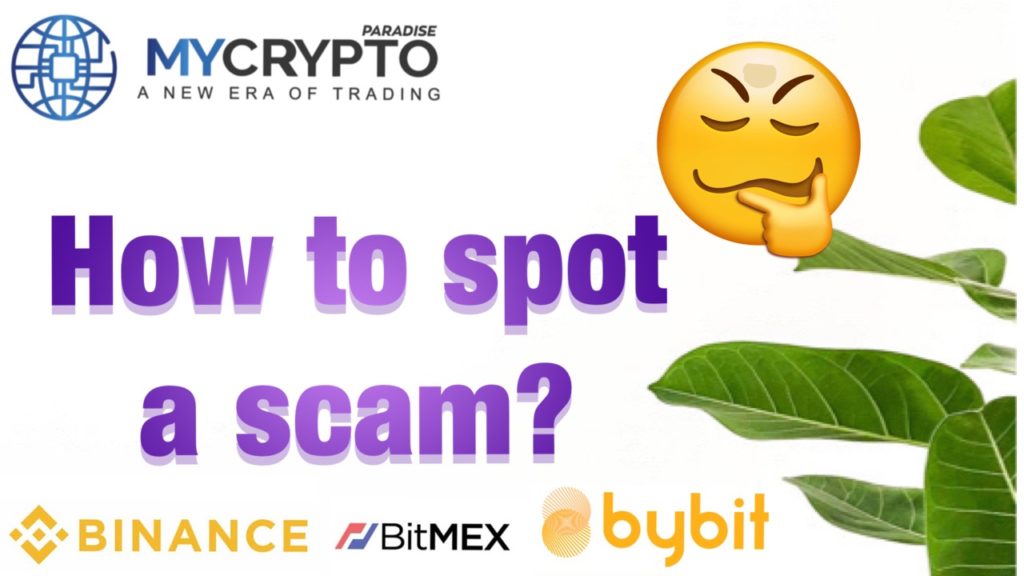 With the global crypto market inching towards a $500 Billion market capitalization, it is no surprise that the ecosystem is set to emerge even higher. As more people adopt the asset and its functionality, malicious users and hackers are working just as hard to exploit, breach, and capitalize on such a productive economic sector.

With malicious users successfully garnering $100 million from unaware and innocent cryptocurrency investors, newer users become more skeptical about transitioning into the ecosystem. Today, scams such as exit scams have become common. Entrepreneurs inauspiciously seek investments for an ‘upcoming’ and ‘state-of-the-art’ cryptocurrency, only to extort investors’ funds without ever delivering a feasible initial coin offering (ICO). Interestingly, over $600 million were extorted from over 30,000 investors who had put their trust in a Vietnamese crypto company called Modern Tech.

ICO scams have been on the forefront of my most scam occurring in the cryptocurrency industry. Data illustrates that 81% of ICOs today are malicious, with 6% of ICOs failing, 5% going dead, and only a mere 8% trade on an exchange.

In this article, we’ll be highlighting how to spot an ICO exam and why it is important to perform your due diligence by doing your research before making any investment in the cryptocurrency ecosystem.

The fundamentals of an ICO

An ICO is an abbreviation of an Initial Coin Offering; this allows companies to create and sell their cryptocurrency tokens to the consensus. Upcoming companies and startups worldwide conduct ICOs to generate funds for their company to develop its project.

Simply put, ICOs are blockchain crowdsales, with cryptocurrency being the channel to crowdfund a specific project. While ICOs has produced successful and promising companies such as Ethereum, Cardano, and VeChain; it still is used more maliciously than rightfully.

Users and Governments worldwide have actively outcried against ICOs since 2016. ICOs were all that was at the time, considering the Crypto bull market had enticed investors and entrepreneurs to dive into the ocean of opportunities. Bitcoin had successfully soared to record-breaking highs, and with investors looking for the next best thing, malicious users took advantage of the opportunities. Millions were extorted from investors by ICO scams, fraudulently claiming and feeding into investors’ anticipation.

The intermittent scams tarnished the image of the cryptocurrency ecosystem hence bringing the infamous crypto winter. Fortunately, the ecosystem persevered through cold depth-defying pits of Crypto Winter and finally blooming with bright colors as Crypto Spring nears around the corner.

Most malicious ICOs play around the same trends:

In most cases, ICOs claim prodigious returns with no base, they ask you to share passwords, private keys, credentials, and they usually have a track record of scams in their repertoire.

How do you evaluate and verify the credibility of an ICO?

The short answer is Research based on a set number of guidelines. Research can save you hundreds if not, millions of dollars. Here’s how you can easily evaluate the credibility of an ICO.

The legitimacy of an ICO is categorized into the following:

The reputation of an ICO should be researched when deciding to invest. Look up if the team behind the product have full names, do they have a following, are they active on Tech forums, is their white paper concrete and original. Do they have verified sponsorships with major companies? Do they have a road map? And finally, read their reviews.

The activity of a company holding the ICO should be closely followed when verifying an ICO’s legitimacy. Monitor people’s opinions, closely follow the speculations, and their efforts to connect with the community.

Analyzing the basic principles and mechanics of technology is equally as critical as the other factors. Research how their technology solves the problem, question the feasibility and sustainability of the technology.

Most importantly, the past record of the company should play a vital role. When forming a decision — find out if the organization has a clear goal for the purpose of its ICO, the problems and the solutions they offer, check if they’ve gone through a pump and dump before and more.

Other guidelines you should test to see if the ICO is worth investing in?

The most common success point of an ICO is the talented team behind it. The Team usually consists of developers, administrators, and endorsers behind the project, allowing them to bloom. The cryptocurrency ecosystem is filled with notable names. Superstar developer, Vitalek, Ethereum’s co-founder, had a following long before he launched his ICO. He also had a team of talented developers that helped him create the Ethereum platform. This allowed investors to put their trust in the platform.

For similar reasons of trust, you must research the team behind the project. This might be the best protection against malicious intents and tactics. It’s often a bad sign if you can’t find any information about the team behind the cryptocurrency or ICO. Moreover, it is even more crucial to verify if the team’s experience and expertise add up to deliver the product.

The white paper is an essential document that highlights and emphasizes the project’s goals, efforts, fundamentals, and mechanics. The White paper lays out the fundamental core, timeline, and strategy of a company’s road to success. You can identify if a company is a scam by the content of their white paper.

White papers can be incredibly decadent of their intents and efforts. Read the white paper very thoroughly; see if the white paper is plagiarized?. Does it include accurate models>, legal concerns, SWOT analysis, and a roadmap?

Investors should abstain from spending money on operations/companies that don’t offer whitepapers. While it still is possible for a malicious company to put out a convincing whitepaper, you should perform your due diligence to question each and everything before you invest.

ICOs and Cryptocurrencies have great chances of success when they have a fundamental set of strategies and goals at their companies’ core. The drive for a sustainable project that will outlast competitors separates credible projects from the malicious project. While it may be challenging to differentiate, it is crucial that investors exercise caution, research the project’s feasibility, and ask the right questions.

With sound research and deep analysis, you can easily tell a good organization from a bad one. Perform your due diligence, research the team, the project, and Invest carefully.