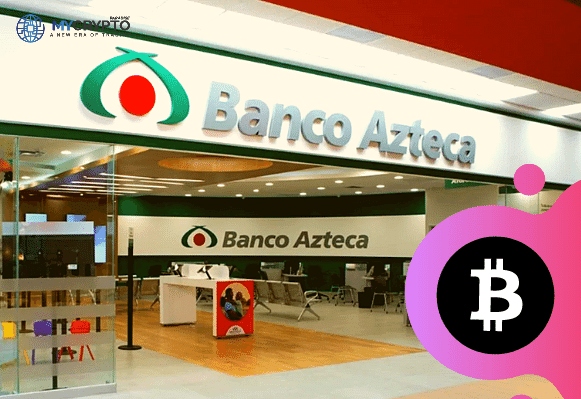 Banco Azteca, a Mexican bank, plans to become one of the first banks in Mexico to adopt Bitcoin. Owner of the bank, Ricardo Salinas, Mexico’s third-richest person, announced the plan in a series of tweets on Sunday in which he called Bitcoin the new gold.

Ricardo Salinas is a Bitcoin supporter (BTC) whose belief that Bitcoin is a legitimate store of value and a better alternative to fiat currencies has fueled his determination to make Banco Azteca the first bank in Mexico to adopt Bitcoin. Salinas announced on Twitter in reaction to Anthony Pompliano and MicroStrategy CEO Michael Saylor’s previous remarks on Bitcoin.

According to a translated version of Salinas’ remarks given in an interview, Bitcoin is a valuable asset for a rising number of business investors due to its limited quantity of 21 million coins. According to Salinas, this programmed characteristic distinguishes Bitcoin from fiat currencies, which he refers to as fake. When asked what asset he could HODL for 30 years, Salinas selected Bitcoin.

Salinas claims he is trying to make Banco Azteca, a financial institution with operations in many Latin American States, the first in Mexico to accept Bitcoin.

Currently, the world is seeing a steady shift in which banks begin to provide direct crypto-related services to their customers. While BBVA, a Spanish bank, recently launched a crypto-related product for its Swiss clients, American financial tycoons such as Morgan Stanley, JPMorgan, and Goldman Sachs are also developing ways for their customers to invest in Bitcoin.

Even though Salinas did not disclose the specifics of Banco Azteca’s strategy to providing Bitcoin-related services, the billionaire said that more information would be released soon. The inclusion of large financial institutions in the Bitcoin ecosystem is helping to solidify the cryptocurrency’s status as an investable asset.

The asset’s price has fallen in recent weeks due to China’s ongoing regulatory crackdown on crypto activity. Many institutional investors are purchasing more of the stock, which is now trading at $33,314.28, up 6.11 % in the last 24 hours, in the expectation of a price increase in the short to long term.