What is Ethereum 2.0, and Why does it Matter? 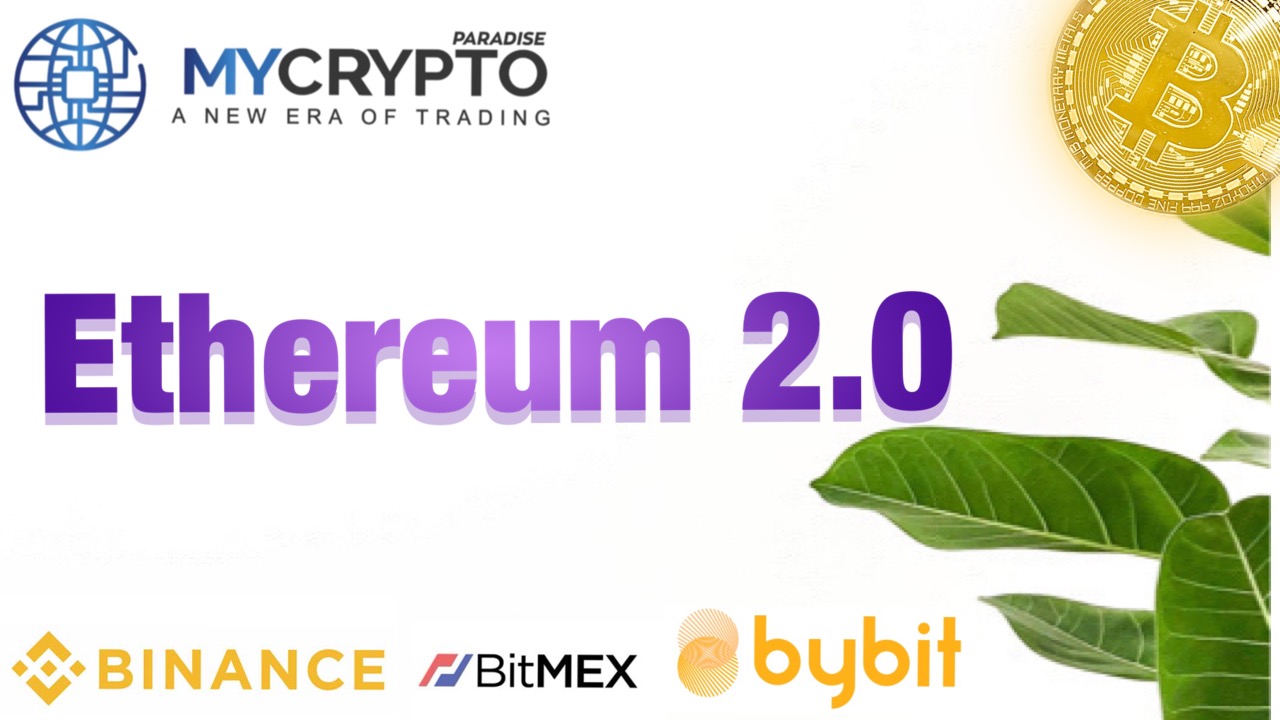 Decentralized Applications started to take their place; every developer wanted to join in on the movement and introduce new applications to the ecosystem. However, the sole method to perform this was using crowdfunding via token sales. Interestingly, these token sales instantly created a whole new craze that soared the crypto market to peaks never seen before.

Cryptocurrency enthusiasts basked in the glory when Ethereum introduced growth into the ecosystem; however, everyone was wary of Etheruem’s bottleneck. Ethereum, at the time, could’ve served a handful of users as a smart contract and DApp platform; however, a potential bottleneck was inevitable with the technology Ethereum relied on.

Interestingly, to overcome the platform’s future issues, the Ethereum Foundation announced their plans to shift from the original Proof of Work consensus protocol to a faster, more advanced Proof of Stake algorithm. The new algorithm was developed to redefine how nodes worked and establish an interoperable and scalable solution to the crypto ecosystem called Ethereum 2.0.

In this article, we’ll be discussing what Ethereum 2.0 is and why does it matter. 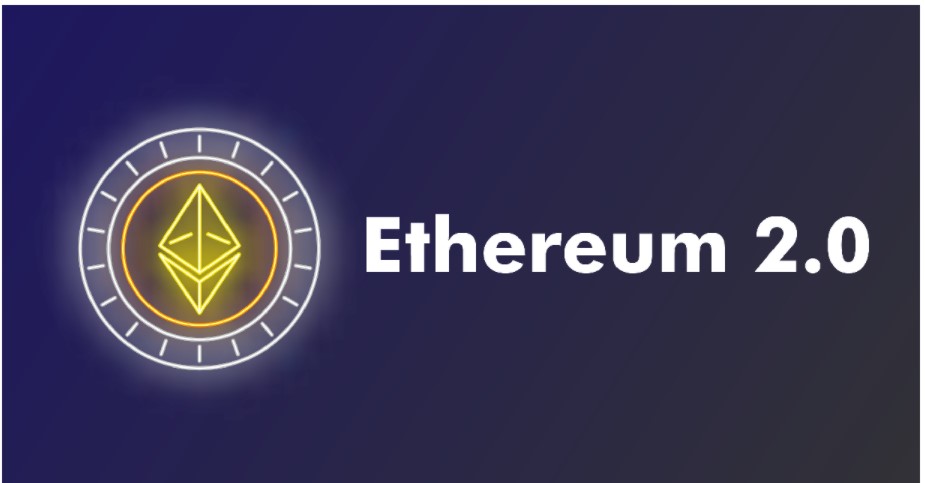 Ethereum 2.0 will be established on the Proof-of-Stake algorithm. The Proof of Stake algorithm is a consensus protocol that enables nodes to validate transactions and moderate blocks by staking their tokens. The process to participate in the network is fairly easy and any individual can run a node by locking in 32 Ether.

The network can select any node in the pool to aggregate a block into the system. The process is entirely randomized; however, users with a higher stake have a higher chance of being selected and aggregating a block to the blockchain. If a node completes the process, the node is rewarded for proposing and verifying a block.

Veteran Developers have spent years brainstorming ideas to implement a practical version of the Proof of Stake algorithm. After years of announcing and scraping ideas, in 2019, the Ethereum team finally concluded a plan that would involve the old chain. 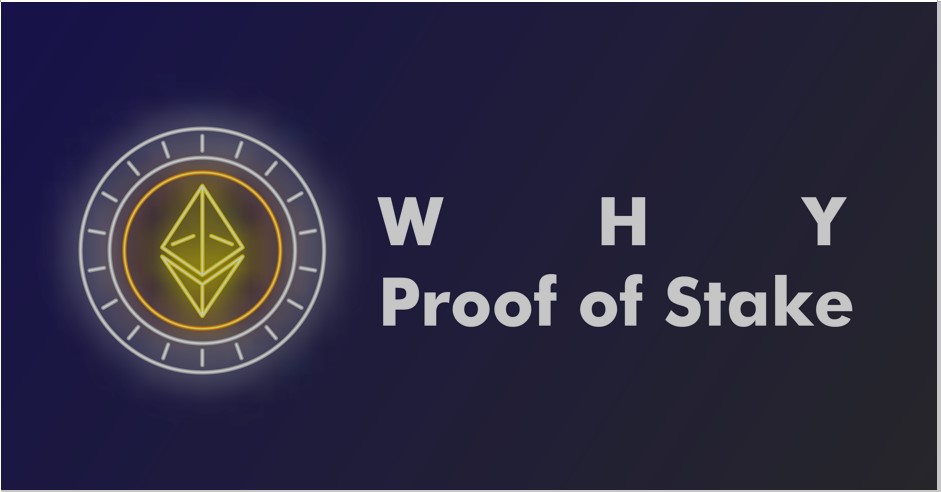 Why Proof of Stake

A significant part of the community believes that the Proof of Stake algorithm is the sole reason Ethereum 2.0 takes the edge over its predecessor; however, that isn’t even half the truth.

While the proof of stake algorithm may deliver a more suitable environment for a faster blockchain network, it is the sharding concept that makes Etheruem 2.0 a scalable solution. This debate paves the way to a new question: How does the Proof of Stake algorithm improve Ethereum?

Introduced by Sunny King and Scott Nadal, Proof of Stake is a solution to the increasingly expensive and wasteful Proof of Work algorithm. Miners spend over $150,000 annually for power consumption. The developers were able to analyze this figure was eventually going to skyrocket, heading into the future.

Proof of Work miners heavily relied on expensive, powerful, and wasteful computers to solve complex mathematical problems to increase their earning block rewards. As the mining industry expanded it required higher quantities of expensive computers as the nonce difficulty increased each year. The mining industry soon turned into a very wasteful and power-hungry industry.

Interestingly, the Proof of Stake algorithm completely eradicates the problems. To validate blocks, users have to stake their digital assets and do nothing else. King and Nadal ensured that the node wouldn’t require any complicated hardware.

Ethereum 2.0 plans to introduce the Proof of Stake algorithm to solve their sustainability and scalability problem. Requiring nodes to lock in at least 32 ETH allows Etheruem to improve security and enable many nodes on the network.

Proof of Work is heavily reliant on mining blocks through computer hardware. However, today, Proof of Work isn’t very sustainable. Considering that Bitcoin’s network difficulty is set to cross 21 trillion and a network hash rate of 160 TH/s, mining isn’t sustainable, especially when there’s a shortage of ASICs in the market every few months.

Today, miners have to run their operations in particular conditions. Miners have to rely on low electricity fees. Since mining farms can take up vast amounts of space, they have to spend hundreds of thousands of dollars to rent and accommodate an area. Moreover, Miners have to also abide by regulations set by authorities around the world.

There are several limitations in the mining industry today, making Proof of Work an infeasible solution. Apart from being unsustainable, there is also debate over Proof of Work’s decentralization. Considering how difficult it is to access mining today, many believe it taints the fundamental principle of decentralization.

Interestingly, this is a non-existing problem for the Proof of Stake Algorithm available in Ethereum 2.0. As long as users have 32 ETH, they can stake no matter what the conditions. 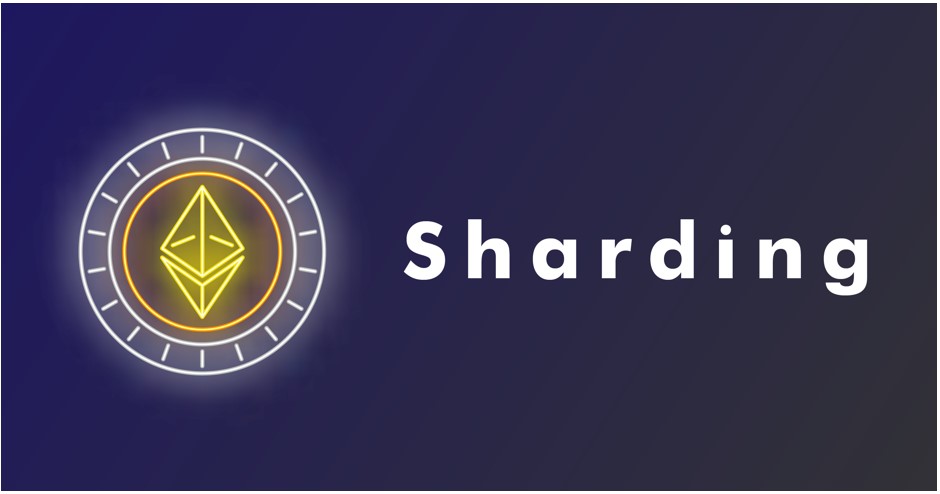 Now that we understand what Proof of Stake provides, we need to understand sharing and how it makes Ethereum 2.0 a scalable solution.

The process of sharding involves the splitting of the blockchain network into various fragments which are known as shards. This process enables the blockchain to process, validate, and aggregate multiple blocks of transactions instead of one block at a time.

Moreover, to prevent malicious interference, Ethereum 2.0 plans to move its validators across multiple shards. Additionally, Ethereum will use its beacon chain to organize blocks and administer communication between shards. 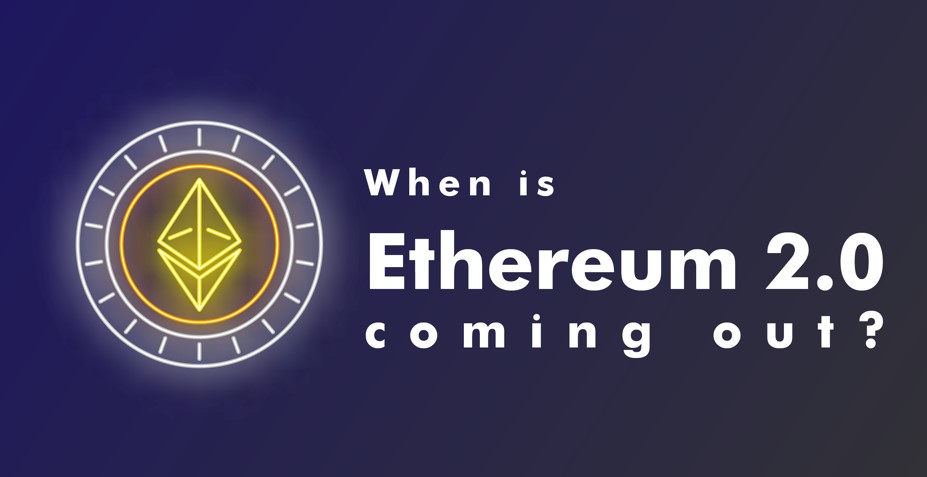 When is Ethereum 2.0 coming out?

There is still time left until we shift from ETH1 to ETH2. Moreover, developers don’t have a fixed and definite schedule for the phases; however, we know what each phase will deliver.

As of December 2020, a deposit contract was published, which collected over 500,000 ETH, the fund necessary to launch the project’s first stage. Bearing in mind every node has to stake 32 ETH, which gets us to 16,384 validators. The resultant number we have here is required to make sure that ETH 2.0 is decentralized as well as secure.

Phase 1 is expected to roll out in Q2 2021. The Ethereum team plans to introduce the sharding mechanism at this stage. Ethereum 2.0 will be divided into 64 unique chains called shards.

Expected to roll out in Q4 2021 or Q1 2022, Ethereum plans to merge the original Ethereum 1 blockchain with the new POS Ethereum 2 blockchain by converting the blockchain into a new shard.

The Ethereum team plans to add smart contract functionality into the Ethereum 2.0 network in the final phase.

There is still time until Ethereum 2.0 completely rolls out. The Developers in charge of Ethereum expect it to roll out in the next five to ten years altogether. Considering Ethereum doesn’t have to start from scratch and introduce a more scalable and interoperable solution with Ethereum 2.0 is phenomenal. Ethereum 2.0 is expected to change the cryptocurrency ecosystem forever; what do you think? 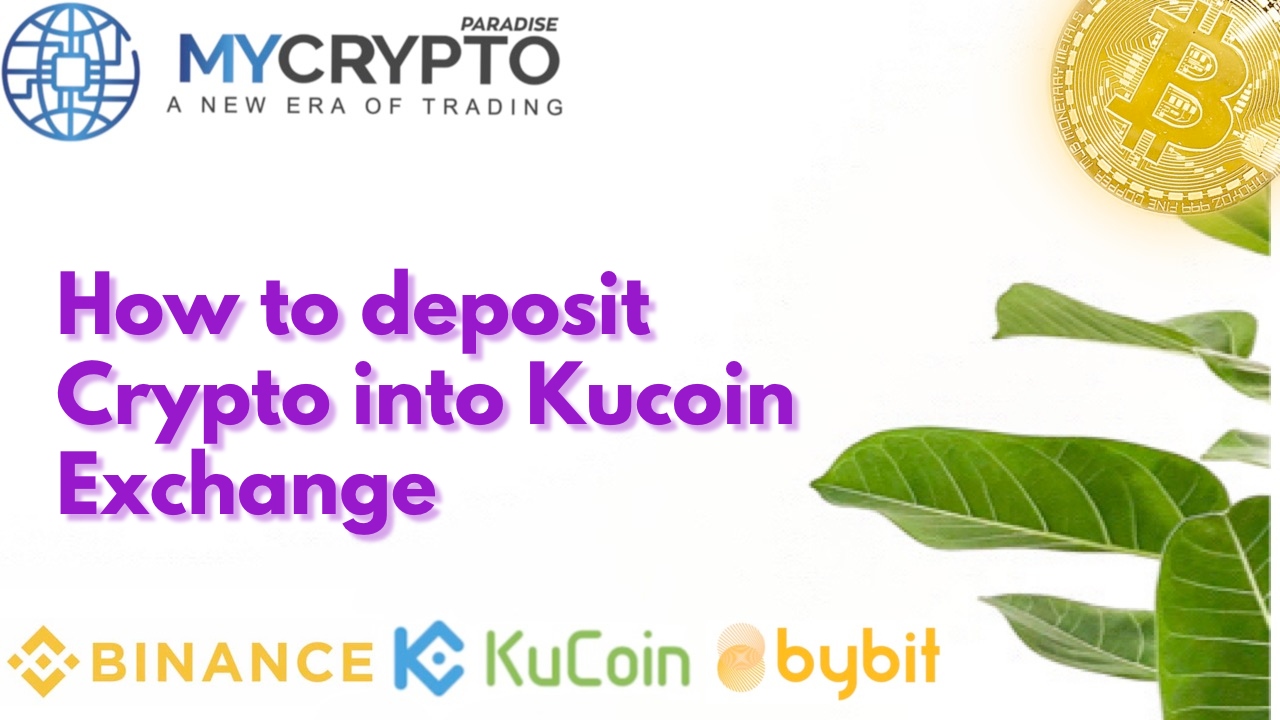 How to deposit Crypto into Kucoin Exchange

Since the introduction of cryptocurrency to the world, millions of users globally have profited from this highly... 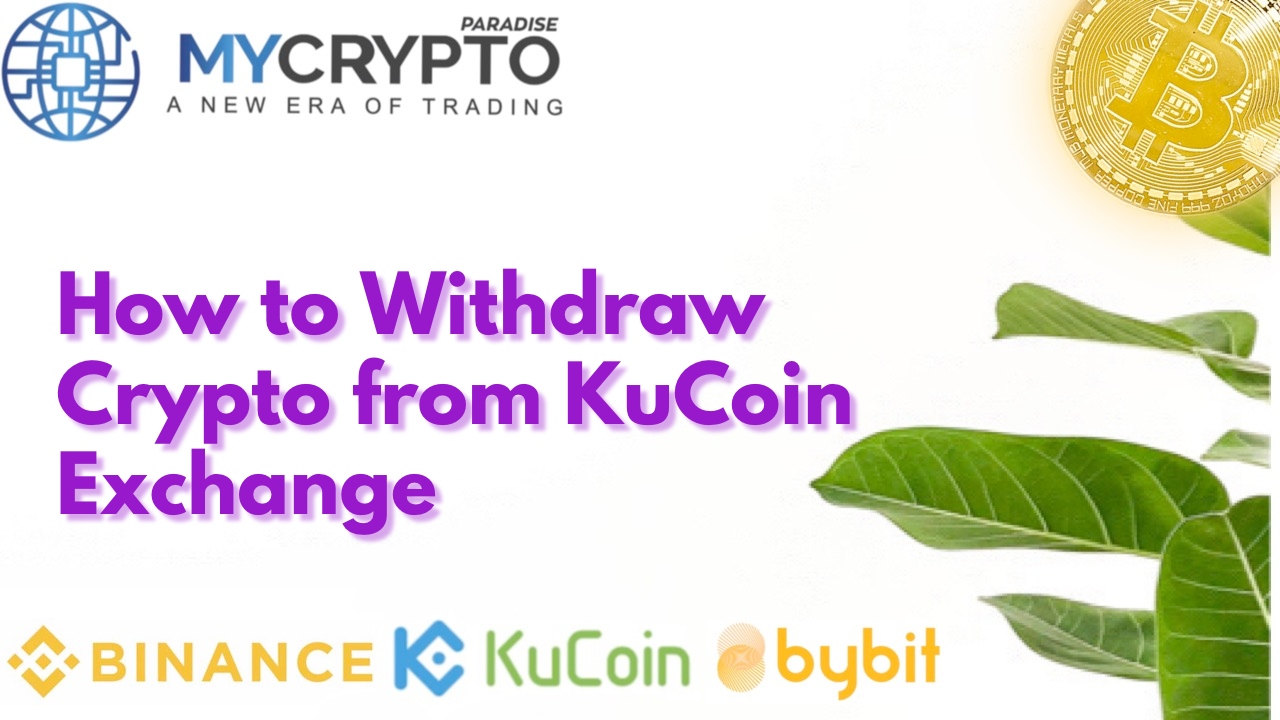 How to Withdraw Crypto from KuCoin Exchange

In cryptocurrency, there are various ways to make profit and more keep arising daily. From the era of simply owning... 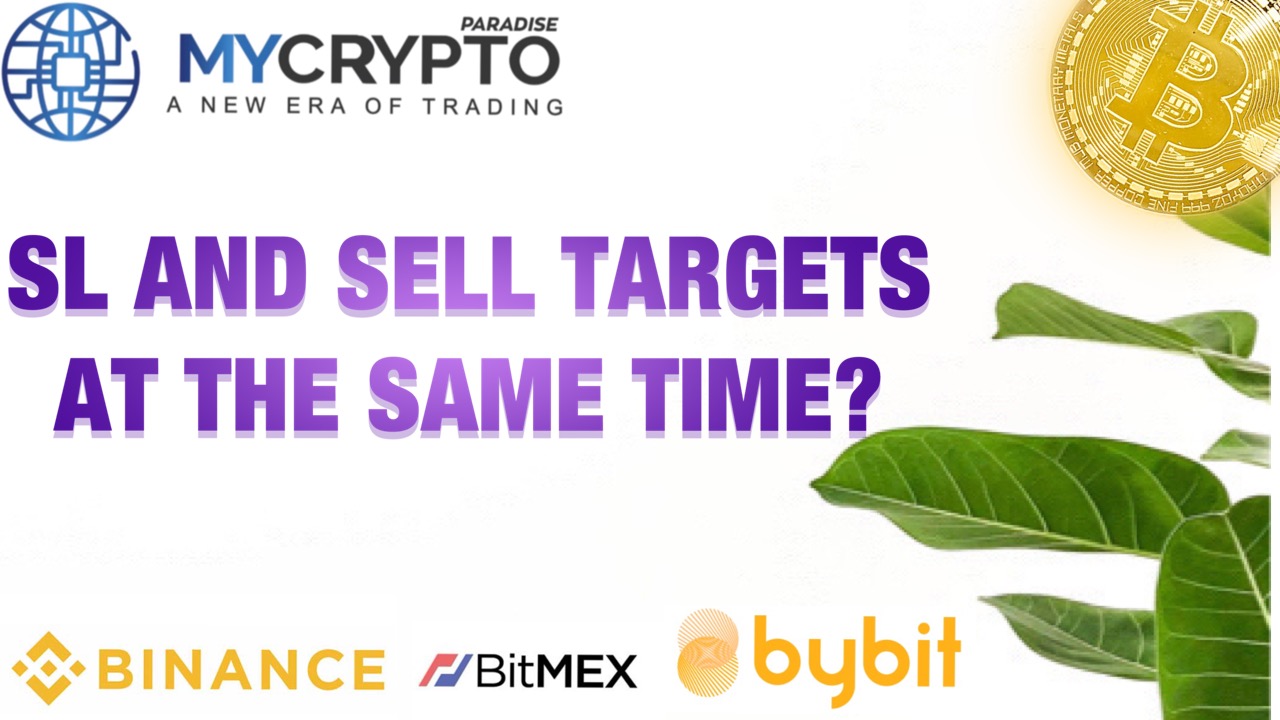 In the volatile world of cryptocurrency, users must know how to protect their investment, maximise profits, and...