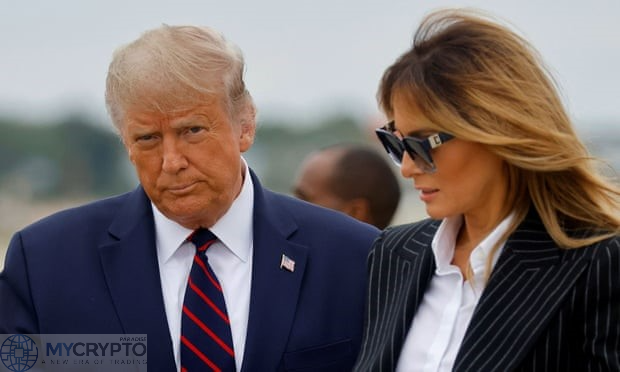 You wouldn’t expect such a tragedy amid the oncoming the presidential debate and subsequent election. The positive results of coronavirus on President Trump and the first lady Melania, have stirred the turmoil of uncertainty among the masses. White House claims that the president is still well and capable of performing his duties as usual despite his decision to self-quarantine together with the first lady, Melania.

Democratic critics claim that Trump has developed strategies that would enable him to downplay or rather dodge the questions that attempt to hold him responsible for the poor handling of the pandemic that has led to the death of up to 210 thousand Americans. Besides, many Americans became vulnerable since up to 7 million people tested positive for the coronavirus.

President Trump himself had been spreading misleading information about the coronavirus in an attempt to distract the people, for instance, the case where he claimed that the virus would disappear like a miracle in the near future which as well, faced criticism from scientists.

On his recent statement, he questioned the effectiveness of masks claiming that waiters could spread the covid19 through those masks. Moreover, Trump suggested that people could inject themselves with disinfectants to treat covid19 which as well faced criticism from scientists.

President Trump might have contracted the disease from Mrs Hicks, one of his closest aides after they travelled together without a mask where his adult children were present as well.

Claim from scientists’ states that, if he could have followed the guidelines by wearing a mask and maintaining the 2-meter social distancing, his chances for contracting the disease could have been minimized. However, he has talked negatively of the wearing of the masks, for instance, on Thursday, he criticized Mr Biden for always wearing a big mask during the presidential debate.

The democratic have went ahead to criticize Trump, for using coronavirus as an excuse to dodge the oncoming debate scheduled on 15th this month since he made further attempts to declare a ban on public gatherings.

The vice president, Mr Pence has tested negative and will be in a position to assume responsibility in case the president becomes incapable of performing his duties.