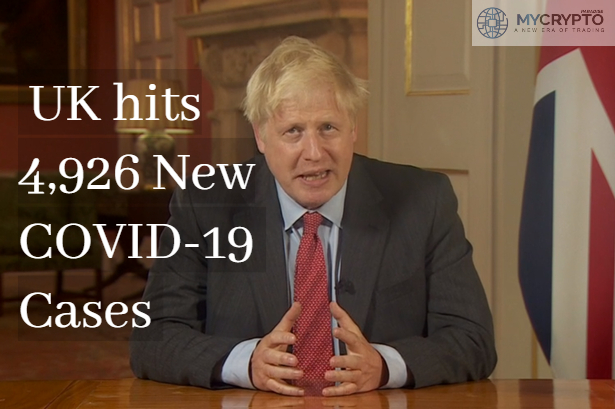 On Tuesday 23rd September, Boris Johnson UK’s prime minister made announcements to further tighten Covid-19 restrictions for the next 6 months. He urged Britons to strictly observe measures put in place to curb the spread of the virus during this winter period. He said he had reached this decision due to a drastic spike of new coronavirus cases. The prime minister added that his government was doing everything possible to suppress the second wave of infection before things worsen.

So, it was high time, Britons started taking precautions over the spiking virus new infections. Johnson went ahead to announce a package of measures and restrictions on pubs and restaurant in England to close their businesses between 10 p.m. and 5 a.m. and encouraged working from home where possible.

The announcement come upon recording 4,926 confirmed cases within 24 hours, the highest tally ever recorded in a single day since May. 37 people had succumbed due to COVID-19 complications over the last one week.

Despite Johnson’s previous sentiment trying to encourage people to return to old-normal and breath life back to the deserted city. He had expressed some hope that the London would fully resume to its normalcy by Christmas. However, on Tuesday he said the virus was a reality and it could take up to 6 months before everything resume.

Johnson addressed Britons a day after the government’s medical adviser and scientist said the new COVID-19 infections could double every week and that curve could rise to 49,000 new infections per day in a month if measures are not taken to stem the current tide.

The Prime minister raised the UK’s virus alert to level 4 which is the seconded-highest rank on infection scale. He called upon people to take it as a personal responsibility to heed to the set measures including wearing face masks in taxis and public transportation. The size of gathering to be curtailed to 15 from the previous limit of 30 persons and to minimize social interactions at all cost. Also, Johnson said he has put on hold the idea of allowing football fans into the stadium until further notice.

Johnson announced that the government has increased penalties to individuals or business that will defy Covid-19 new regulations. As for persons found guilty, will be taken to a forced quarantine or pay a fine up to £10,000 and business the breach COVID-regulation will have their license reverted permanently.

Nicola Sturgeon a Scottish minister who has been more cautious on the pandemic, backed up Johnson by saying from now henceforth car sharing should be a thing of the past and people should be barred from home visits. He persuaded people who test positive to go for a 14-day compulsory quarantine as the government would send £500 to support low-income earners during the self-isolation period.

According to Jennifer Cole, a biological anthropologist commented that despite the government measures, people’s behaviour is the key influence on whether the spread of the virus escalate or decreases.