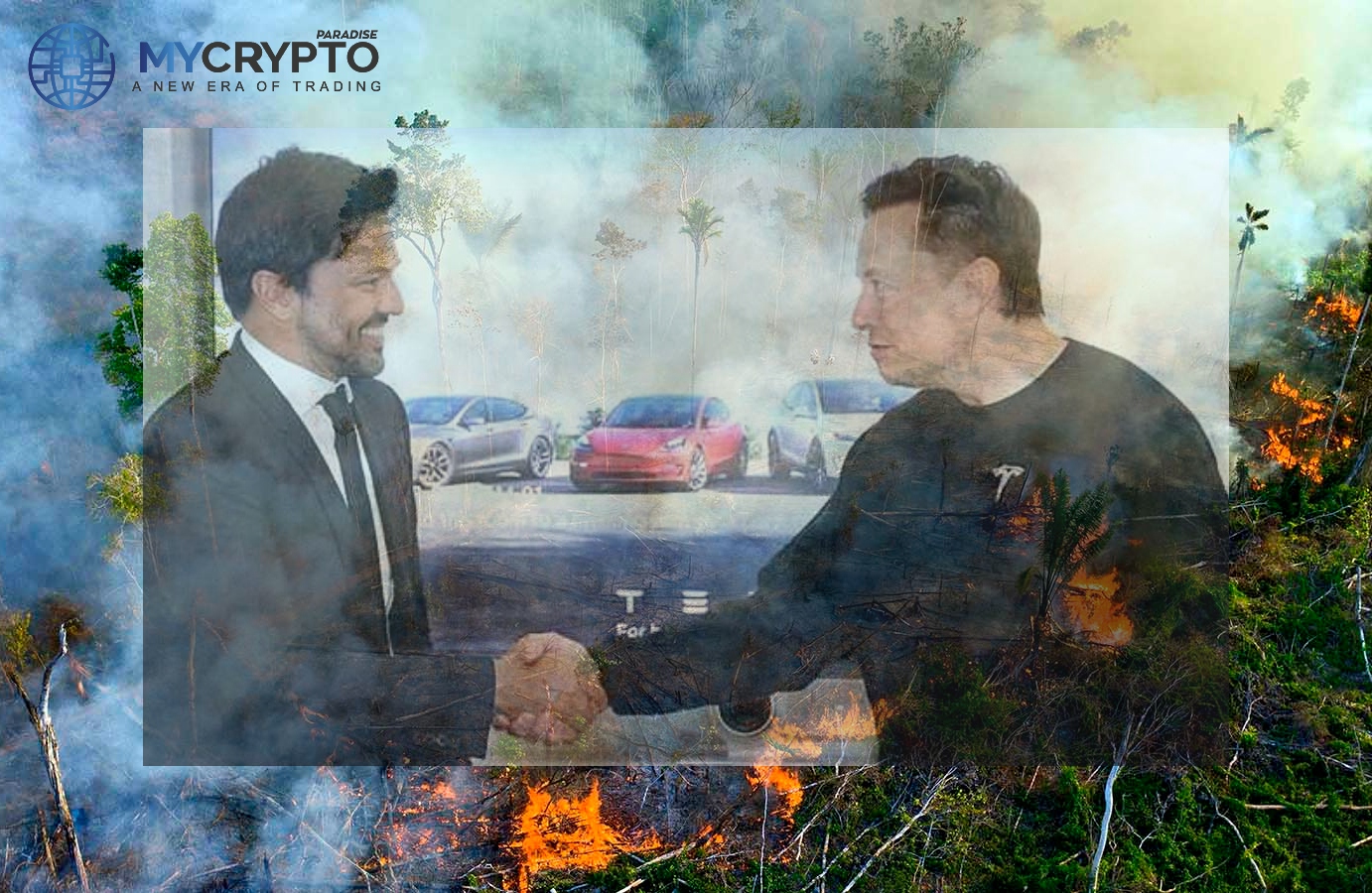 Elon Musk, Tesla’s and SpaceX’s CEO, arrived at an airfield outside Sao Paolo in Brazil via a private jet on Friday.

Musk was welcomed with Brazil’s President Jair Bolsonaro at Porto Feliz’s hotel. They discussed the launch of a project connecting schools with the internet and exploring the Amazon rainforest’s monitoring using satellite technology.

Reportedly, deforestation in the Amazon has climbed to a 15-year high under Bolsonaro’s presidency.

To find a solution to the deforestation problem, Bolsonaro is seeking the help of the world’s richest man. Elon Musk is in Brazil to discuss leveraging SpaceX technology to combat deforestation and bring internet access to rural schools.

On Friday, Faria tweeted that Musk was visiting to discuss connectivity and protection of the Amazon. He added that since the subject of discussion was Amazon, it made sense to bring in the most prominent entrepreneurs in the world to help in the mission.

The previous day, Brazilian President Bolsonaro had hinted that he would have a meeting with a very important person who was recognized throughout the world. He added that the “important person” was coming to offer his help for our Amazon.

In a statement issued jointly with Bolsonaro, Elon Musk stated that he planned to get 19,000 of the most remote schools online using SpaceX’s Starlink satellite network.