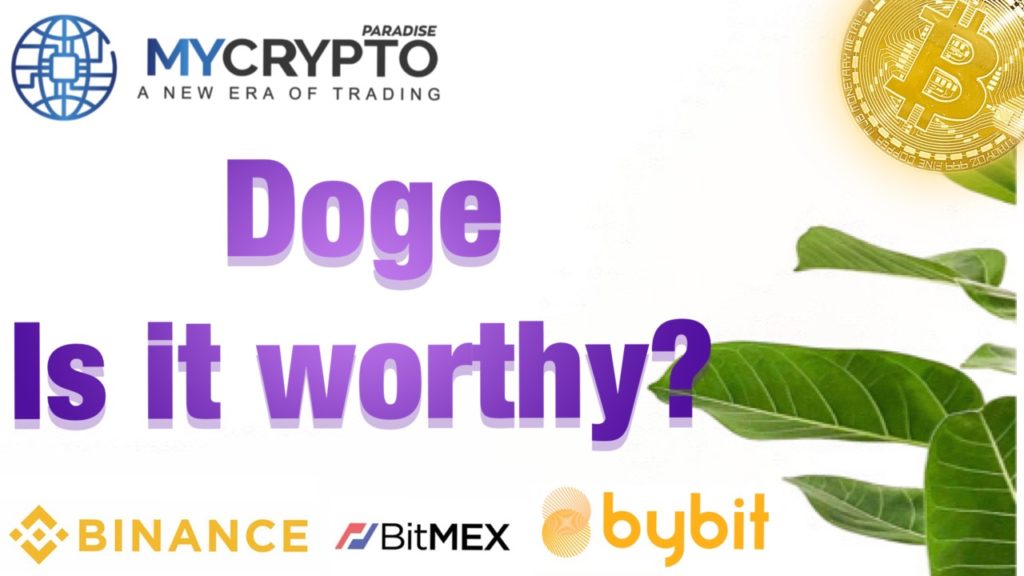 Dogecoin was launched as a joke by the software engineer duo of Billy Markus and Jackson Palmer. It was centered around the infamous dog meme to poke fun at the spread of altcoins being promoted as alternatives to Bitcoin.

The Dogecoin protocol is established over the defunct Luckycoin, a Litecoin fork. Dogecoin quickly gained attention for its uncapped supply with over 128 billion coins in circulation and its exceedingly low price. Since its launch price of $0.0002, Dogecoin has gained 21,000 percent in value today, priced at $0.05.

Dogecoin’s popularity on social media and cryptocurrency forums has resulted in numerous wild swings, with various collective efforts by users on TikTok and Reddit to drive up the price. However, today, Dogecoin has grown out of its meme status and is widely accepted by many online stores as a payment option.

With a market cap of around $7 billion, Dogecoin is ahead of popular altcoins like Uniswap, Aave, EOS, and Monero. Moreover, Dogecoin has also expanded to the Ethereum network as of late January. Additionally, the Ren project, a popular open protocol for transferring value between blockchain, has collaborated with OpenDAO to launch renDOGE. This allows Dogecoin owners to convert their assets into renDOGE and vice versa on the OpenDAO app. Today, users can use their Dogecoins as collateral for Defi products on the Ethereum Network.

Experts suggest that Dogecoin has evolved from being a mere meme token to a viable and competitive financial instrument thanks to its collaboration with RenVM and OpenDAO.

Like every other cryptocurrency, Dogecoin also faces the issue of high fluctuations. Dogecoin’s value has surged by over 900 percent against the US dollar over the years. Trading at $0.001582 in March 2020, the token value has gone up to $0.05 today.

The digital asset has started 2021 on a bullish note, soaring to an all-time high of $0.07818 followed by price corrections and dropping to a stable $0.05.

Let it be noted that tweets from billionaires such as Elon Musk and passionate posts by Reddit users aren’t the only drivers for the Dogecoin rally. Interestingly, with Bitcoin’s increasing price, retail investors are considering shifting to altcoins.

The cryptocurrency market has exceeded a market cap of over $1.5 for the first time, as Bitcoin trades at an all-time high of $52,290. Research suggests that Bitcoin’s sideways price action paves the way for altcoin success, especially when trading volumes see record numbers across exchanges.

Moreover, it is possible that Dogecoin could double in value again, going from $0.05 to an all-time high of $0.1 later this month. However, analysis suggests that according to Dogecoin price predictions, the cryptocurrency could land at $0.0343 by March, trending up to $0.039 by December 2021.

Although, various cryptocurrency aggregators suggest that Dogecoin is expected to emerge from the $0.005 ceiling in the following months, considering its mass adoption as a viable payment option by popular online stores. Regardless, Dogecoin projects bullish forecasts.

Note that cryptocurrency markets are subject to aggressive price movements, and Dogecoin is no stranger to sharp price changes. When investing in cryptocurrencies, do so with the mindset that anything could happen and forecasts aren’t always accurate. You must prepare yourself for these volatile price changes even if the long-term forecast projects bullish trends.

Dogecoin has evolved from being a meme cryptocurrency to a viable, feasible, and sustainable financial instrument. It has diversified countless portfolios with its impressive numbers. In the long run, the digital asset projects bullish forecasts, with experts suggesting that one Dogecoin could reach $1 over five years. What do you think? Will Dogecoin dominate the market and rally up to $1 in the following years?