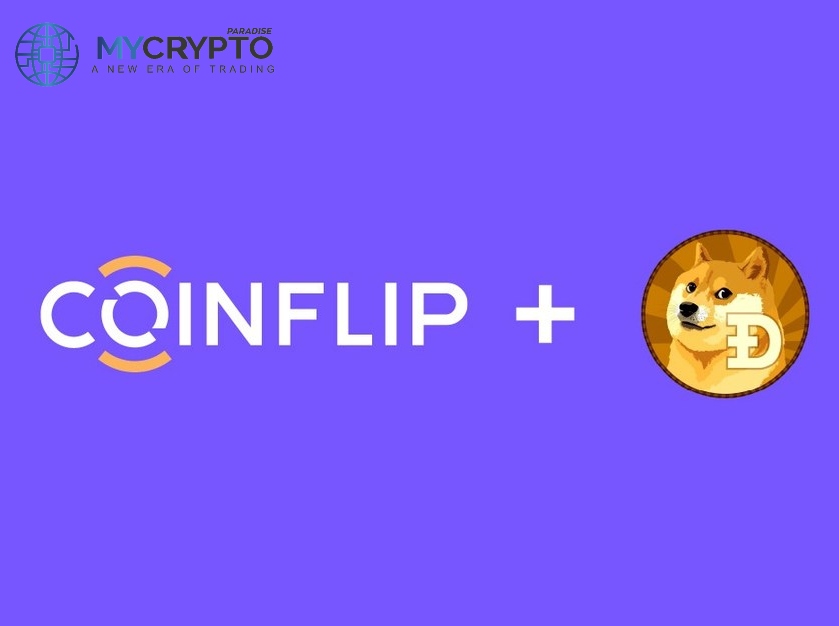 On March 1, Coinflip announced its move to back Dogecoin on its ATM network across the United States. The leading Bitcoin ATM operator announced that the cryptocurrency DOGE was now listed in 1,800 of Coinflip’s ATMs network in 45 of the 50 states in the US.

According to the company’s CEO and founder Daniel Polotsky, Coinflip’s decision aims to cater to the “popularity and recent mass adoption” of DOGE. Polotsky further declared Coinflip’s dedication in including the meme crypto, Dogecoin, in its portfolio and promised continued support for the cryptocurrency in the future.

DOGE has been performing fairly in the previous years since its inception. However, at the beginning of February, the cryptocurrency’s popularity and adoption rose dramatically.

The meme crypto’s surge can be attributed to it being a favorite of Tesla and SpaceX’s CEO Elon Musk. Musk has been quite vocal about his support for DOGE, especially on Twitter. Musk further mentioned on the audio app Clubhouse that he ended his self-imposed Twitter hiatus to tweet his support for DOGE.

After Musk posted a picture of a rocket going to the moon with the caption “Doge”, the cryptocurrency’s price shot up by 25% in a matter of minutes. Musk again posted about DOGE, asking people if they thought it would be the future currency two days later. 71.3% of the responses favored DOGE as the future currency, further boosting the value of the currency.

By the first two weeks of February, Dogecoin has outperformed Bitcoin in terms of annual gains and rose by close to 200% from $0.03 to almost $0.09. Currently, DOGE’s price is around $0.05. More celebrities, including Hip-Hop artist Snoop Dogg and Gene Simmons of Kiss, have shown their support for the cryptocurrency by sharing the DOGE meme on Twitter.

The meme crypto, Dogecoin is the latest cryptocurrency to join Coinflip’s ATM network. The ATM provider Coinflip, has experienced increased demand that is proportional to the rising popularity of cryptocurrency. From just 441 ATMs, the Bitcoin ATM operator increased its network to around 1,800 ATMs by the end of last year. Apart from DOGE and Bitcoin, Coinflip’s ATM network also support Ethereum (ETH), Binance’s BNB, DASH, LTC, LINK, USDC, and XLM.