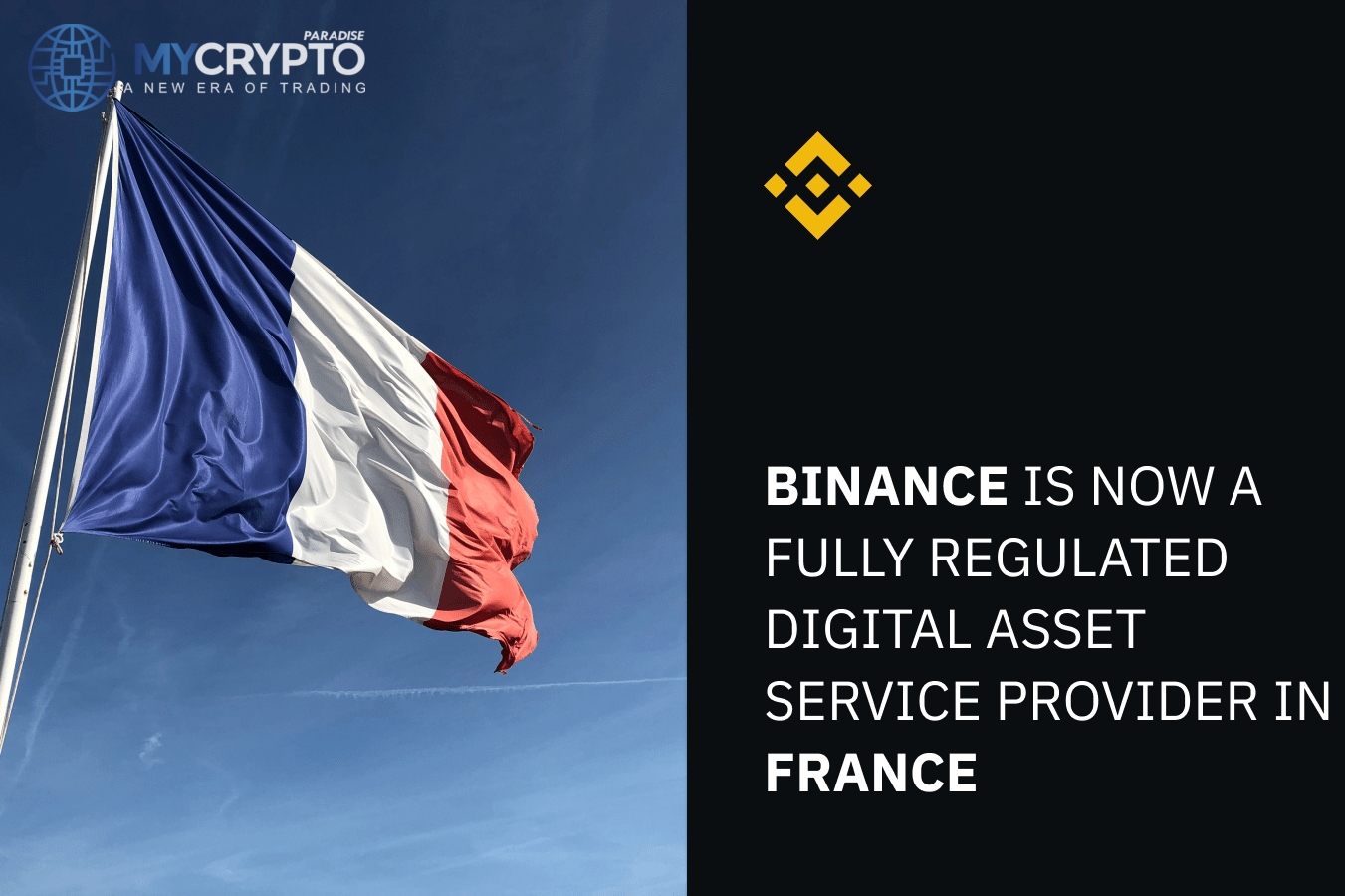 The world’s largest cryptocurrency exchange by trade volume, Binance is bent on continuing to hold this position according to its recent activities. The exchange has expanded its operations to France as it has received the official go-ahead to run its operations in the country.

Binance Approved as DASP by the French AMF and ACPR

France’s approval of Binance pioneers it as the first major crypto exchange licensed as a DASP within the country. France is also the first major European country to allow Binance to operate within its jurisdiction unequivocally.

Binance is licensed to provide a range of services in France, including custody assets, exchanging digital assets for other tokens or legal tender, and operating a digital asset platform. Excitedly, Binance CEO Changpeng Zhao took to Twitter to break the news and shared a link to the announcement blog.

An excerpt of the blog reported that Zhao expressed his belief in ineffective regulations in cryptocurrency’s mainstream adoption. Binance had passed the stringent anti-money laundering and fit and proper requirements by the French DASP and AML/CFT regulations.

France is choosing to trust Binance, unlike some other European nations. Italy, for instance, announced last July that the leading crypto exchange was not authorised to provide investment services and activities in the country. In August, the Dutch central bank also declared that Binance lacked the necessary legal registration to operate in the Netherlands.

Despite the censure from these regulatory bodies, Binance has continued to flow with the wave towards more growth. Contrarily, regulators in the Middle East have been welcoming to the exchange. Binance got the in-principle approval to operate in Bahrain and Dubai in March and Abu Dhabi in April. With France’s approval of Binance, it continues to firm its footing as the world’s largest cryptocurrency exchange by trade volume.