Uber to add Bitcoin as an alternative payment option 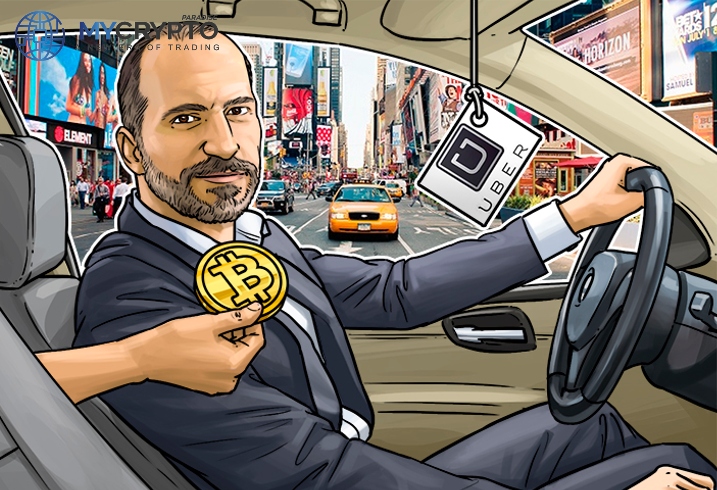 The renowned ride-hailing company, Uber, is looking into incorporating bitcoin and other cryptocurrencies as a payment option for its customers. Uber’s CEO, Dara Khosrowshahi, announced this during her interview at CNBC’s “Squawk Box” on Thursday.

Uber already accepts a wide variety of traditional currency. The company is considering expanding to transact using bitcoin and other cryptocurrencies for its riders and eater’s convenience. Khosrowshahi also mentioned that the move would solely be for the customers’ benefit and need and not as part of a promotion for cryptocurrencies.

Uber Will Not Be Putting Cryptocurrency on Its Balance Sheet

Despite the expansion to accepting bitcoin and other cryptocurrencies as a payment option, Uber will not be putting it on its balance sheet. The new highs that bitcoin hit this year seem not to have swayed the ride-hailing company. Khosrowshahi remarked that Uber would continue to keep its cash safe and not get into the speculative business.

The decision is contrary to other popular companies that have been hopping on the cryptocurrency bandwagon. After announcing that it will start accepting bitcoin as payment, Tesla further bought $1.5 billion worth of bitcoin and included it in its balance sheet. Twitter’s CFO, Ned Segal, also told CNBC’s “Squawk Box” that the company was contemplating adding bitcoin to its balance sheet.

Uber’s decision to not fully dive into the cryptocurrency market and include it in its balance sheet raises questions considering how the big players are taking advantage of the opportunity. Anthony Pompliano of Morgan Creek pointed out in a tweet that Uber does not have the profits to invest in Bitcoin.

According to an Investopedia report, Uber was trading lower by close to 4% in Thursday’s pre-market session. The ride-hailing company failed to reach its expected revenue and continues to operate at a loss. The report predicted that Uber would start to make profits towards the end of 2021. Considering that the likes of Tesla are investing such massive amounts, there is no way bitcoin could match up with its current state.