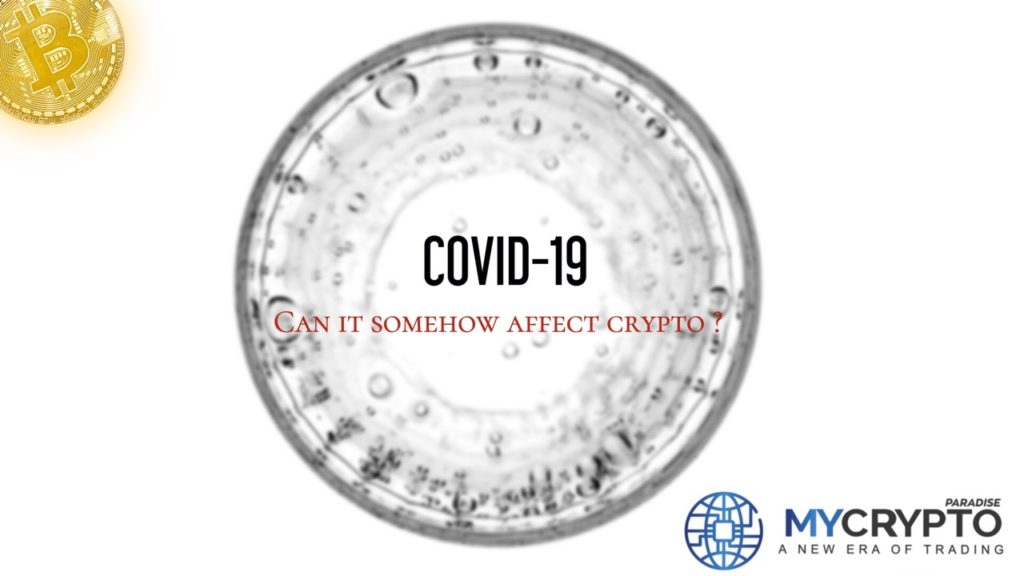 On the 1st of December, 2019, the world woke up to the news of the first case of a coronavirus outbreak in Wuhan, central China. As at the time of writing this, over 107,000 cases have been confirmed while more than 3,600 people have died from the virus already. The global financial industry especially the one of finance has been reacting to the Coronavirus outbreak. 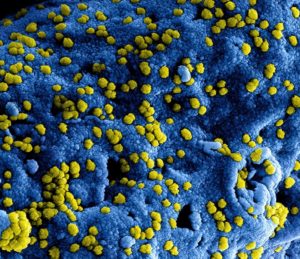 As we live in an interconnected global village, an outbreak of a viral disease in China quickly affected the global economy. To make things worse, China is the second-largest economy and one of the fastest-growing on the planet. For the Chinese economy to be disrupted means that much of the globe is affected by this disease. 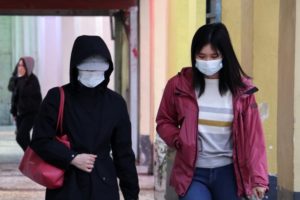 Ever since the World Health Organization announced the 31st of January, 2020 regarding the outbreak of the novel coronavirus (now called COVID-19), emanating from Wuhah, as a public health emergency of concern, the effect of the news has rippled right across every aspect of the global financial industry.

Some of those who went into panic mode directly following the announcement of the coronavirus outbreak were the lenders. This is understandable as the lenders immediately think that the rate of default is going to be on the rise. In China, the government had to swing into action and released a new regulation that stated that there is no requirement for banks to suspend or cancel giving out of loans to borrowers who have been impacted one way or the other by the coronavirus outbreak.

The ruling from the government of China also stated that loans should not be denied to those who have good chances of economic recovery but may be facing some challenges presently. The banks were tasked with assisting businesses that were affected negatively by the coronavirus outbreak. It is expected that this is going to be achieved via the decrease of interest rate, an extension of the lending period and having new facilities in place.

The coronavirus outbreak did not impact the lenders alone, as it has its influence on borrowers too. The latter was advised to do proper investigation and re-assessment of all the financial records of transactions that they have had with several organizations. This will help them to accurately calculate with the real and likely defaults will be as a result of the coronavirus outbreak.

The argument that some of the borrowers are using is that there can be default triggered as a result of a force majeure and henceforth, there should be some sort of freedom from the obligations or at least some flexibilities introduced. Even though there were provisions that were made for force majeure, it was still considered not comprehensive enough by some others.

Imports in China have directly influenced other countries all over the globe that depend massively on exports. Products and commodities most affected are food items like soya beans, metals, crude oil, and liquefied natural gas. Take oil, for example, there has been an upsurge in demand from China, which is one of the biggest importers of crude oil in the world. Subsequently, the demand from China has reduced remarkably. 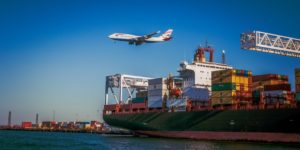 Another area that has been affected is the eco-friendly sector of the energy market. This is because China is also the biggest producer and exporter of items used in the manufacture of batteries. Now that production has significantly reduced from China, producers, manufacturers, and countries are recording remarkable losses.

The extensive quarantine moves in China have influenced activities on the global oil market. Being the second-largest economy and the largest importer of crude oil in the world, China plays a major role in the crude oil sector. There is stagnation with the imports and a plunge in exports. 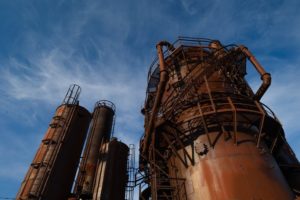 Oil markets have been in steady decline since the coronavirus outbreaks and OPEC keeps reporting depressing figures. Some analysts are suggesting that price per barrel can fall as low as $30 and if that ends up happening, it is going to bode negativity for the global economy.

But even as it is now, the most shocking part of it all is that the prospects are getting bleaker by the day. Uncertainty is spreading with the virus and the same is observed with the oil market. From New Zealand to Saudi Arabia to the United States, oil indices are pointing towards negative. Brent crude oil recorded its most massive daily loss in over a decade after Russia refused to agree with OPEC on plans to cut production in a bid to stabilize prices following economic devastation caused by the viral outbreak.

This has had a very negative effect on major currencies with the US dollar, British pound and Australian dollar in a free fall. At the end of February, the United States stock market witnessed the most remarkable fall seen in four years. Analysts are confused but the decline has persisted and everything points to things not looking good anytime soon.

The country that bore the biggest chunk of the brunt stemming from the coronavirus outbreak in China. However, China is not the only country reeling from losses induced by the viral illness. Other Asian economies are also feeling the heat and these include Japan and South Korea. Even though Japan tried to brave the effects, the coronavirus scare still affected the Far East Asian giant so much that its plans for the 2020 Olympics are in ruins. 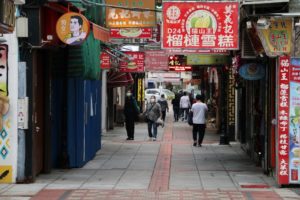 In South Korea, there has been a direct correlation between the outbreaks of the disease and panic in the oil and natural gas market. When one realizes that South Korea and Japan are major energy importers, the ripple effect on the larger global oil market comes into view.

Back in China, its stock exchange keeps posting a steady decline of major indexes. The Chinese financial sector is confronting several challenges at the same time. Investors are in full panic mode and to make things worse, the act of short selling interest on the floors of the stock exchange was restricted by the securities regulatory agency in China.

Another aspect of the global market that has taken a really serious hit is the commodity market. The trade negotiations between the United States and China were going through serious hitches before the outbreak of the coronavirus and its coming only worsened things. The commodity market is not the same as the oil market, it covers sectors like agriculture and it is still grappling with countless challenges. 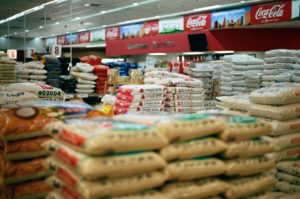 In the metals sector of the commodities market, it has been depressing news all over. Iron ore and copper are now facing grim prospects as there is a drastic reduction in demand coming from China and analysts have predicted that it is not going to ease off anytime soon. Commodities needed for the production of batteries for the alternative energy industry have also taken a major hit. Because a vast amount of the rare metals are sourced from China, the production and sales of smartphones, electronic vehicles and computers have also been severely impacted.

The energy sectors in South Korea and Japan are feeling the pinch massively too. These are countries that rely a lot on huge imports of crude oil and liquefied natural gas. As the disease outbreak worsens, so does the economic potentials of these Asian giants.

The crypto sector of the financial world too has also been impacted by the virus outbreak. Some investors went into panic mode and decided to either stop doing transactions or withdraw all their digital currencies. And that also impact a lot of Bitcoin fund manager, where they were either closed out their services due to sudden pullout from investors or got stop out due to unexpected moves of the market. As the coronavirus spreads to about 100 territories worldwide, it is understandable that it is going to have a serious impact on the financial system. From investors to traders, several stakeholders in the crypto trading world have been worried about their investments and the future of the industry. But there is still positive news out there.

My Crypto Paradise – The positive factor

The very good news here is that not all cryptocurrencies are adversely affected by the outbreak of the viral disease in terms of having an impact. But even if they have there is a solution for it with My Crypto Paradise.

Because of the panic in the market, many people are not sure of which cryptocurrency they should invest in. That is where My Crypto Paradise comes into the picture to help with their expertise in Crypto signals. With an array of very impressive techniques, this is one of the best Crypto trading signals platforms that can be relied on at a time like this.

What is My Crypto Paradise?

My Crypto Paradise is not like any other regular crypto signal platform out there as it has the features that make it cherry of the eye for users. Amongst those is their free signals provided through FREE Telegram Channel. A sort of token for beginners to get their journey started. However, the real benefit begins with their ParadiseFamilyVIP Private Telegram Channels. That spreads across Binance signals, Bitmex signals, Bybit Signals. The 2 current Premium Channels: MyBitmexParadiseFamilyVIP and MyBinanceParadiseFamilyVIP are specifically created for users of that specific exchange.

The most noticeable advantage is the number of signals provided every month, which goes upto 80 monthly, yet the quality is kept with every single one of them. All the signals are provided through deep research via technical and fundamental analysis done by a highly qualified team of experts. On the other hand, the same quality is maintained for the free signals apart from just the lesser quantity of signals given that goes to 6-8 per month.

With the world at amongst the worst hits in the shape of Coronavirus, the stability is far to be seen in the near future. However, as a Crypto trader, there is always room to benefit regardless of the direction given the facility to Short (sell) or Buy (Long) accordingly in platforms such as Binance futures, Bitmex and Bybit. With a lot of drawbacks, there is still money to be made with the right approach such as My Crypto Paradise, where one can generate returns regardless of the market direction due to the accuracy in spotting trends

Quite realistically, I see crypto as a Titanic. It has gathered a lot of clout but that’s where it ends – as clout.
I am neither here to support nor disprove. just airing out my views. My advise, use the crypto signals for as long as you can until the iceberg hits and the other shoe drops.