Tesla invests 7.7% of its gross cash in Bitcoin 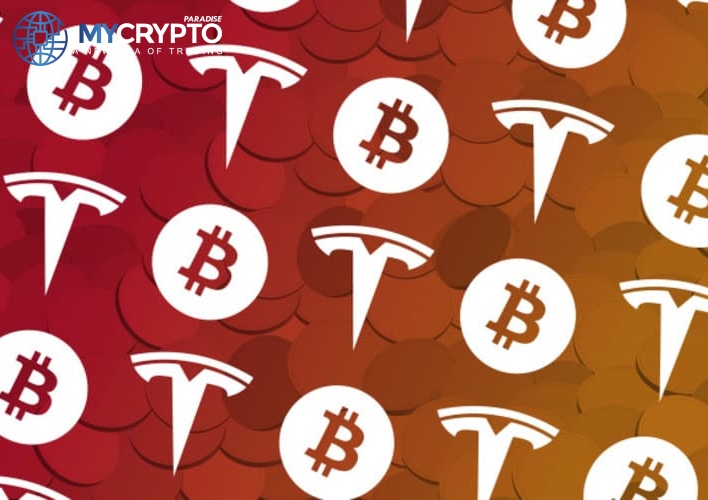 Tesla surprised many in the financial industry on Monday after reports of its addition of Bitcoin to its Balance sheet. United States Securities and Exchange Commission established this news through a filing.

The electric vehicle producer, Tesla, in its Form 10-K filing for the financial year ended 31st Dec. 2020, revealed funds allocated to Bitcoin being $1.5 billion. David Lawant, a Bitwise researcher, has pointed out that Bitcoin has an approximate share allocation of 7.7% of the firm’s gross cash. The crypto occupies 15.1% of net cash in the firm’s 10-K filing.

As per the Lawant’s tweet, the figures are as of records from the company’s cash and equivalents, which summed a gross of $19.4 billion. By net of debt and finance leases, it makes a net value of $9.8 billion.

Figures representing Tesla’s BTC purchase places it amongst the top firms in the corporate treasuries list. MicroStrategy is the only other company to have purchased more of the crypto as part of its tactical stocks.

Apart from integrating Bitcoin into its balance sheet, TSLA also has plans to include it in its accepted payment methods. In addition to this, the company will not be liquidating the crypto it is paid but rather add to its balance sheet.

The firm is at the forefront of Bitcoin adoption during an essential period in the bull market. The tendencies of Elon Musk, Tesla CEO, to move markets means that Tesla’s Bitcoin could speed retail adoption in the short term.

Bitcoin has recently drawn attention from prominent companies. MicroStrategy’s Bitcoin-purchasing webinar recorded more than 1,400 signups in the previous week. The firm made a 135% profit on $1 billion worth of BTC it purchased in 2020.