Sleeping Bitcoins Worth Millions Suddenly Transferred: Should We Be Alarmed? 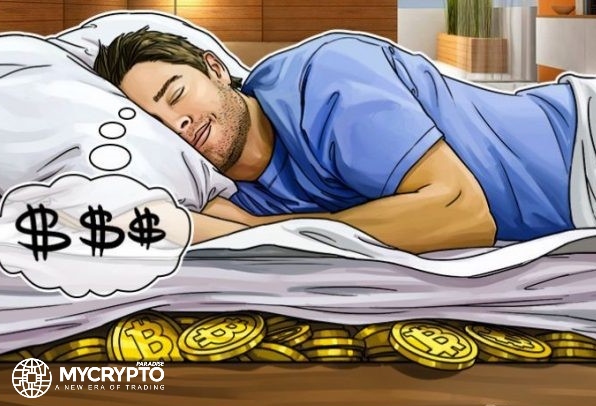 Nearly $12 million worth of BTC at current exchange rates were moved early morning on Sunday, October 11. The miner or group of miners transferred block rewards that have been dormant since 2010 duplicating a similar event on March 11 before the crypto markets crashed the next day, now famously known as Black Thursday.

On March 12, as crypto markets were stumbling, BTC shed up to 49% of its value from the previous day. Not a huge headline then, March 11 saw a transfer of 20 block rewards, each reward worth 50 BTC. These rewards had remained dormant in the wallets for a decade.

On the same Black Thursday, United States stock markets suffered the largest one-day percentage fall since 1987’s stock market crash. The coronavirus pandemic was worsening at the time, and investor confidence dropped. It is right to link the stock market crash to the consequent stumbling of crypto markets, as the markets have mostly performed almost similarly.

The movement of these block rewards could likely, among the major factors as COVID-19, have contributed to triggering the stumbling of crypto markets. Otherwise, the March 11 transfer is a pure coincidence.

As seen this year, the Satoshi-era BTCs have witnessed an unusual increase in activities compared to previous years. With an estimated 1.8 million coins mined and yet to be spent, maybe more rewards could be waking from their slumber before the year ends.

Well, one could ask, “Is this a cause for alarm, that the market could stumble soon?” Maybe. Meanwhile, at the time of publishing this news, BTC is performing well, pushing above $11,500. However, such increased spending of sleeping BTCs could eventually cause alarm for users and result in a panic with a consequent crash of markets because users could be skeptical of hodling and decide to spend their BTCs too.

Currently, BTC is doing just fine, recovering from poor performance in recent weeks, and posting a monthly high. FUD could impact the market if more activities are seen from these Satoshi-era BTCs.

Keep it here to remain posted on the latest that we monitor from the industry that is likely to impact crypto markets.