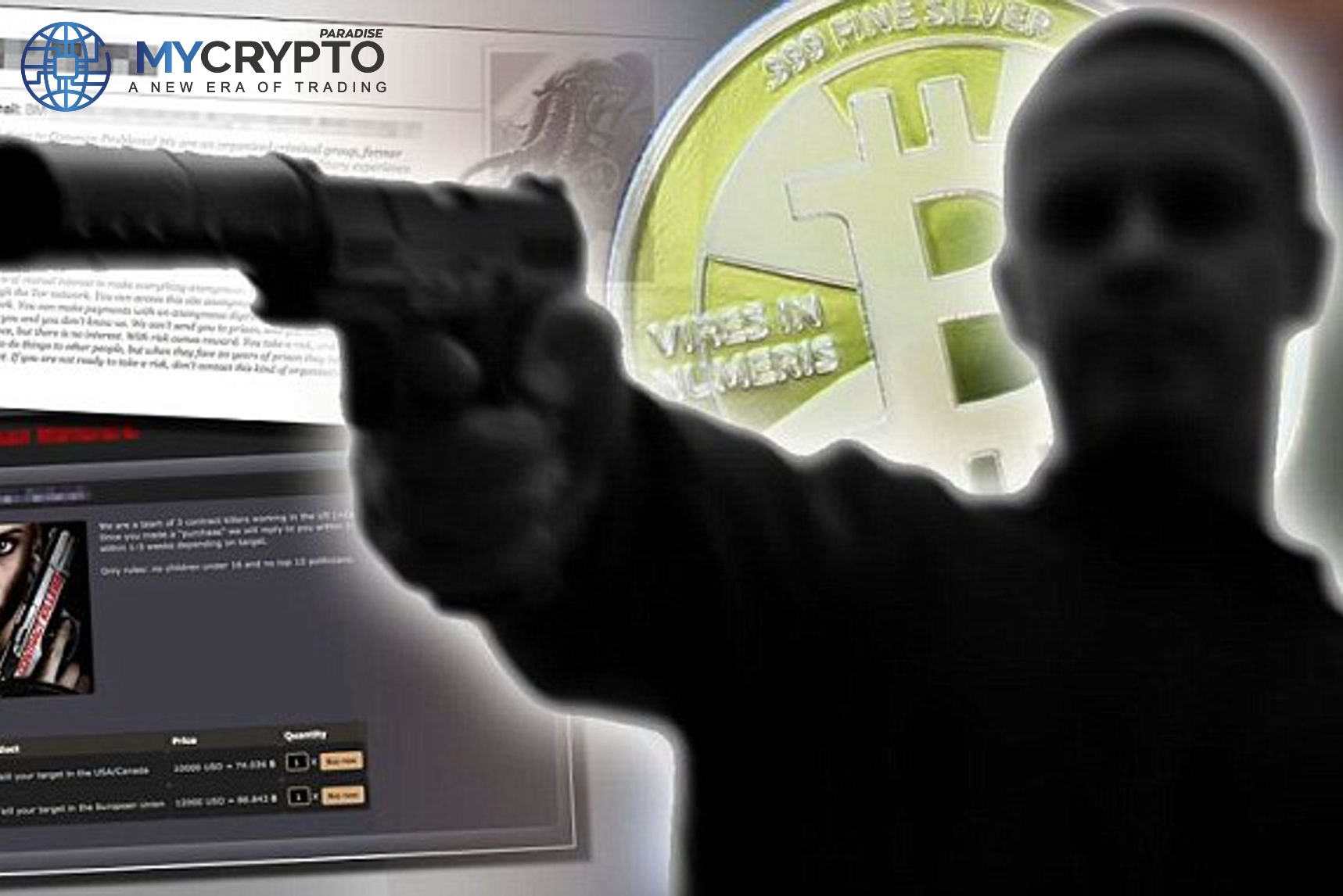 California man faces a 10-year jail term for hiring a hitman on the dark web to kill his ex-girlfriend.

Scott Quinn Berkett, a 25-year-old Beverly Hills resident, admitted to transferring $13,000 in bitcoin to an assassin on Dark Web to kill his ex-girlfriend.

According to CBS News, the California guy met his anonymous girlfriend online in 2020, and they began dating a few months later. Shortly after, the woman attempted to quit the relationship by accusing Berkett of being “sexually aggressive.”

MyCryptoParadise will be offering a 20% discount for you; use BESTSIGNALS20% as your promo code, long or short, it is a win-win with us, hurry now as this promo will soon be expiring.

The man, for his part, did everything he could to keep the relationship going. The woman’s relatives became so concerned that they called Berkett and requested that he keep away from her.

The 25-year-old disobeyed the order and hired a hitman on Dark Web to murder the girl for $13,000 in bitcoin.

Fortunately, undercover agents discovered the crime quickly and called Berkett, posing as the hitman. The Beverly Hills resident validated some photos of the victim and even provided an additional $1,000 to the cops to obtain proof of the crime.

His trial and sentencing date is set for September 13, and he faces a maximum penalty of 10 years in federal prison.

Crypto and the Dark Web

Critics of the asset class frequently claim that criminals use digital assets to facilitate malicious activity. In recent years, there have been several similar transactions.

Last summer, Indian police arrested Makarand Pardeep Adivirkar (also known as the “Crypto King”) on suspicion of using bitcoin to buy narcotics on the Dark Web. Prosecutors say that the criminal purchased drugs from both Indian and European dealers.

COVID-19 vaccines were in high demand during that summer because, in addition to protecting people from the sickness, they also allowed them to travel. As a result, some less-developed countries struggled to immunize all of their citizens.

Outlaws on the dark web took advantage of the situation and sold bogus certificates and stolen doses. Ten shots of the AstraZeneca medication cost $250 in bitcoin, with Bitcoin (BTC), Ethereum (ETH), Litecoin (LTC), and Monero(XMR) being the most popular digital assets among others.

A total of $34 million in cryptocurrency linked to illegal Dark Web activities were seized. The money was recovered from a Florida individual who sold more than 100,000 unlawful items on the platform’s marketplaces.