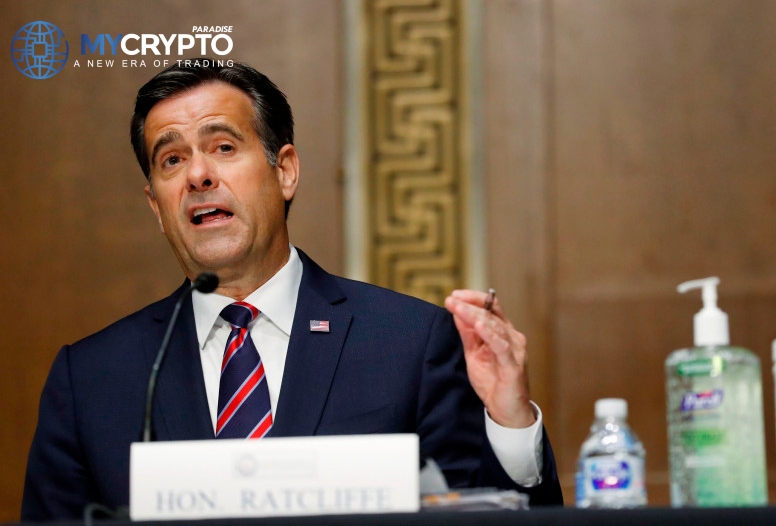 The U.S. Director of National Intelligence, John Ratcliffe, was reported to have written to the Securities and Exchange Commission (SEC) about how China controls Bitcoin and other cryptocurrencies. He said that this is a point that is arousing concern, as reported by the Washington Examiner.

John Ratcliffe was reported to have written the letter to Jay Clayton, the chairman of SEC, showing how he was concerned that China is dominating in the mining of crypto. He also talked about how the Chinese government is planning to create a digital currency it would control.

China’s upcoming dominance in the crypto market is seen as the digital Yuan continues to grow. The Chinese government has also had strict measures and protocols that discourage foreign crypto such as Bitcoin. Since its launch in April this year, China’s Digital Currency Electronic Payment (DCEP) has increased popularity; reports say that it has already carried out about 4 million trades worth around 2 billion digital Yuan.

The Washington Examiner reported that Ratcliffe wrote telling SEC that it needs to devise a controlling schedule that will enable crypto companies from the United States to carry out its activities on level ground. As a way will ensure fair competition against Chinese crypto companies.

He went ahead to attach a letter written by R-Arkansas US Senator Tom Cotton to SEC in 2018, encouraging them to implement crypto protocols that are easily understood.

This news comes after the previous month’s Breitbart reports that Trump’s government had the same worries on regulations being somewhat confusing and too severe. They claimed that the SEC’s policies are to be blamed for the difficulties the U.S. faces when it comes to competition with the rest of the world. Breitbart also wrote about the concerns on Cotton. The Senator said that the unclear regulations and protocols pose a hazardous financial environment to the national economy’s security in the U.S.

They were quoted having said that if the U.S. government fails to make the competition fair between the country and the outside world, it would voluntarily put its crypto companies out of the market and yield to the competition. To enable favorable conditions for healthy competition, it should implement a similar protocol for its market.