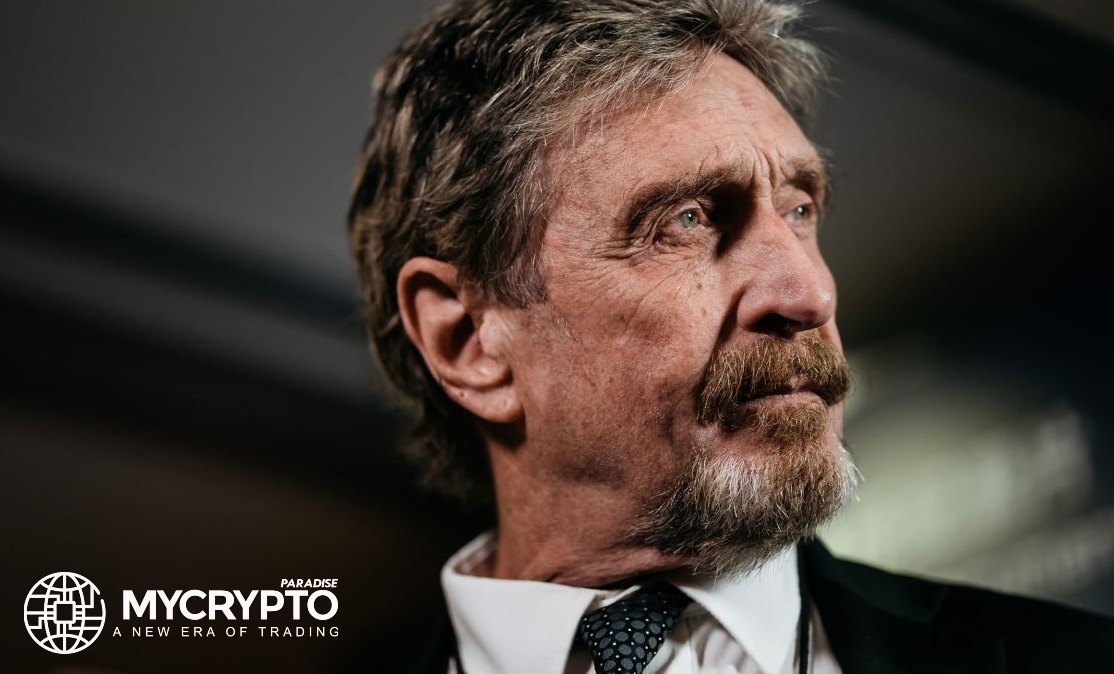 John McAfee, software developer and former CEO of antivirus software firm McAfee, was imprisoned early last week in Spain. The programmer-turned-crypto-Shiller former tech CEO was arrested on October 5 for tax evasion and illicit activities of promoting ICOs and is awaiting extradition to the United States. The arrest came following an indictment by the US Department of Justice.

A Twit shared by McAfee’s wife revealed how the tech mogul shares his fascinating encounter while behind bars. He claimed to be having a good time since Spanish prison were not that bad. For instance, they can wear clothes of their choice, smoke and socialize in whatever manner they like. He added that prison in Spain is like a five-star hotel without turn down service.”

McAfee, 75, is not encountering the authorities for the first time. Around mid-2019, McAfee was apprehended by the Dominican Republic authorities for possessing large-caliber weapons without proper documentation.

Back in 2017 when ICOs were booming and all kinds of hypes associated with various coins, McAfee participated in promoting various altcoins, even coining the McAfee Effect on such coins. In his opinions and praises for specific ICOs, McAfee did not acknowledge that some bits of advice he gave was paid promotions, thus he fraudulently used his influence to attract investors into such ICOs. He reportedly earned more than $23 million as a Shiller and concealed these earnings.

In his latest updates, McAfee shared that his cell’s shower had a plastic bottle as a showerhead and found it works great. For this, he jokes (or says,) “I will never again pay money for a showerhead.” For the trench-like toilet, he shows little concern saying that he doesn’t spend much time there, anyway.

In other tweets, McAfee describes the strict routines in prison, graffiti in walls of cells, and defends himself for tax evasion charges against him.

McAfee has provoked institutions and regulators including SEC, through his twitter account. He even tweeted that he hadn’t filed his returns for eight years, claiming that taxation is illegal. Now, McAfee will serve decades in prison, simply for evading tax and failing to file his tax returns.