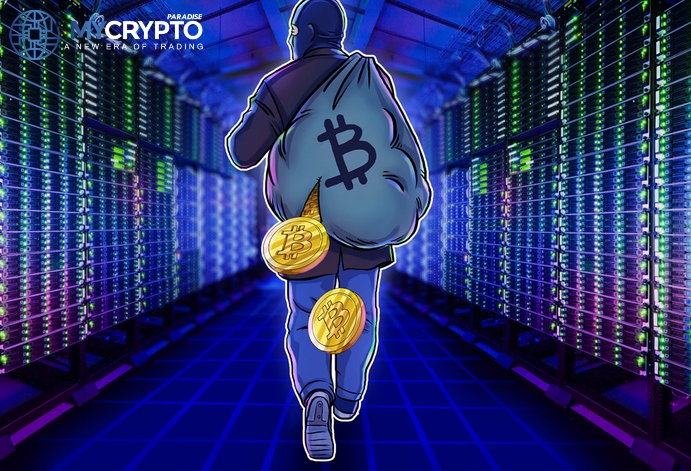 Hackers accountable for the 2016 theft at Bitfinex have made an unexpected transfer of close to 100 Million USD worth of Bitcoin today after crypto prices got an all-time high.

Hackers in charge of the movement of the stolen sum of 120000 BTC from Bitfinex in August 2016 are suspected of having stolen around 72 million USD from an exchange in the British Virgin Island. Decentralized finance has been infiltrated and funds stolen as reported by Ciphertrace, a cryptocurrency forensics reports and blockchain threat intelligence company.

The was established that hackers moved 5018.48 BTC, about 4.1% of the original theft, that occurred at 2 pm ET on 30th November in a series of transactions. In the ongoing crypto market, the stolen funds are currently valued at at least 100 million USD.

Data Analytics Whale Alert announced that the move was made over 14 transactions of less than 500BTC each. The funds’ destination is still unknown, but it is evident that this move had a motive for moving the funds. They used it as a means to withdraw the funds.

The funds stolen have often been moving as one of the last transactions took place a week ago. On 7th October, the cybercriminals stole close to 2500 BTC using the same trick. Previously, the US government had thwarted a move and retrieved a tiny fraction of the heist money, 28 BTC, in February of 2019.

This movement of funds acquired through criminal ways raises market crash suspicion and fright among investors. Luckily, since the previous year, Bitcoin liquidity stepped up, which cushions the effects brought about by the massive heist. Currently, 5000 BTC would sum only 11% of the average exchange, which is at an inflow of 45000BTC.

Markets now expect clients who are making purchases to take in this event as a result and expectation of the heist’s effect. The hackers, however, continue to own a reasonable size of Bitcoins supply portion. If pilfered amounts are transferred in sizeable quantity, it will temporarily correct the Bitcoin price.