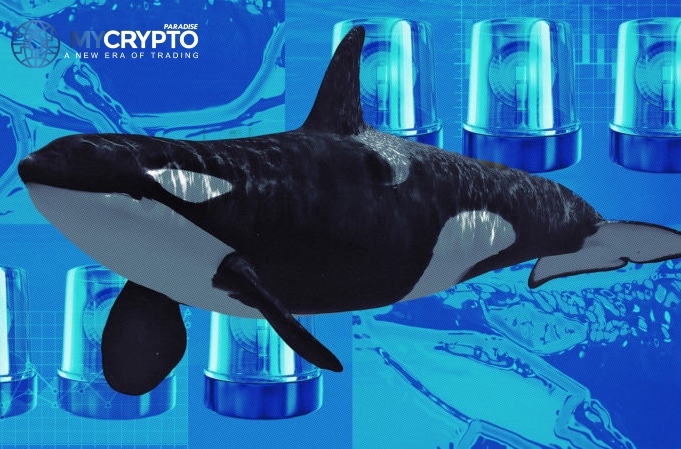 The fourth-largest wallet (whale wallet) having 69,369 Bitcoin with an estimated value of $1 billion were transferred to an unknown new wallet. According to BitInfocharts, the exact sum of bitcoins represents a whopping $955 million in market rates. It is the first time since 2015 that the fourth largest wallet mysteriously transferred such a considerably huge amount to an anonymous wallet.

Reports say that the user initially carried out a test transaction before sending the rest of the funds from his wallet (1HQ3Go3ggs8pFnXuHVHRytPCq5fGG8Hbhx).

The movement could be a plan by the whales to sell some bitcoins so that they will make more profits, probably when the market plunges.  We cannot tell if the hackers have cracked it or the rightful owner has moved them to a new wallet to prevent cracking and keep his fortune safe.

The user wanted to conduct this process to keep up to date with the Bitcoin network by changing address formats, according to CipherTrace. As Silk Road-related funds were last transferred back in April 2015, both Bitcoin Cash (BCH) and Bitcoin SV (BSV) affiliated with the hard token forks would also have access to the BTC wallet.

“These movements could also mean that the rightful owner of the wallet conducted the transaction transfers to a new address to keep hackers from accessing the wallet data file. There is also a possibility that hackers have already cracked the file,” says CipherTrace.

It is still not confirmed if the wallet address was pushed out legally by owners or hackers who eventually cracked the wallet and cashed out their reward. According to Vice, the wallet appeared to be intercepted by criminals seeking to steal Bitcoin’s fortune value.

There have been several movements recently on the Bitcoin ecosystem and more wallets being relocated. A few days ago, 1000 Bitcoin from the Satoshi-Era were moved and split into various wallets, not sure if the same movement is preparing for the bull run to hit the new all-time historical high on Bitcoin.