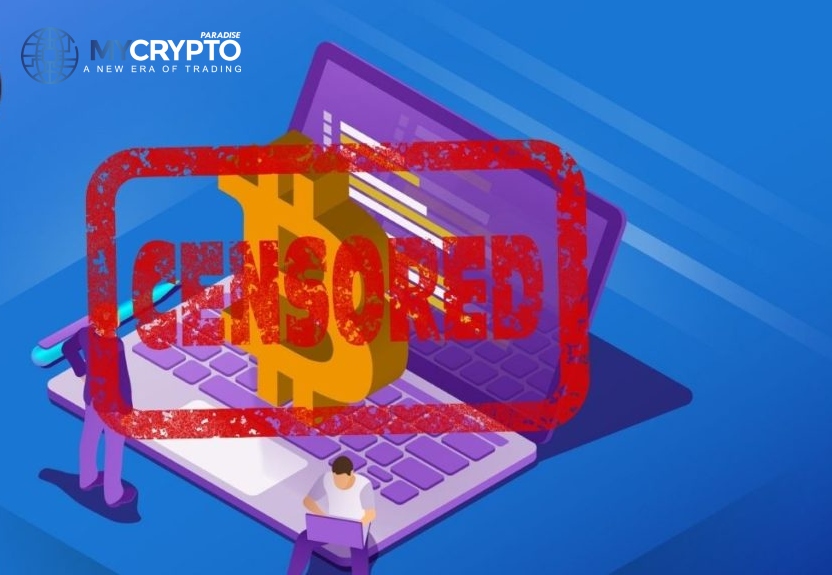 Once again, Facebook has embarked on censoring all the posts that have the hashtag “#bitcoin.” on its platform.  It’s doing so to protect the public from accessing the information such as images, videos, and blogs having the bitcoin hashtag.

As per the policies of Facebook, all the posts having bitcoin hashtags are to be hidden temporarily from the public. This means that accessing them requires an additional click to remove the screen. When searching for the #bitcoins, the results are usually hidden, while other altcoins can be accessed easily.

Most of the investors and traders on the bitcoin have shifted from Facebook to Twitter. This is because Twitter, on the other hand, supports bitcoin. The users as well-made attempts to denounce the ban imposed by Facebook on the bitcoin trade within the Twitter platform.

The CEO of Twitter, Mr Dorsey, has over time made several remarks on the effectiveness in the use of cryptocurrencies, especially bitcoins. He has as well availed an emoji for the bitcoin trade.

On October 31st, 2020, a tweet denouncing the ban of #Bitcoin on Facebook, referring to it as an outrageous move was made.

However, Facebook claimed that it restricted Bitcoin related-content because BTC is becoming a risky venture on the crypto space. Unlike the other altcoins that have not been censored within Facebook that includes #etheriumclassic, #Eth, and #Cardano. This move has been termed by Bitcoin enthusiastic as one of the most sarcastic attempts made by Facebook.

It has as well been reported that Facebook has not been having a firm stand with the bitcoin policy since a back-forth kind of swing characterizes them.  As a result of the official press made by the Facebook officials stating that the crypto products such as the use of binary options and ICOs are potentially harming and misleading most Facebook users.

Finally, critics said that self-interest had fueled Facebook Bitcoin censorship motive have a global digital currency (Libra)that is expected before the end of 2020. This implies that it may not be possible for Facebook to lift the Bitcoin content-related censorship on its platform soon.