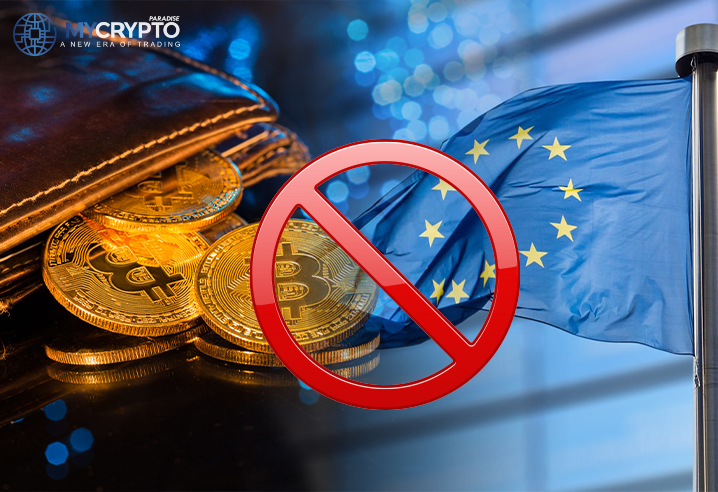 To safeguard its people and the bloc’s financial system, the European Union (EU) is considering banning anonymous cryptocurrency transactions and intensifying its war on money laundering and terrorist funding.

The Commission says in its statement that the latest proposed legislation will completely track Bitcoin and other cryptocurrencies. Its goal is to compel service providers to gather data about cryptocurrency users.

The instituting of a new EU agency to overhaul anti-money laundering and counter-terrorism funding oversight and implement a €10,000 ($11,800) EU-wide cap on big cash transactions are among the proposals.

Amendments in the proposal

The date of birth, name, address, and account number of the sender of crypto assets and the receiver’s name is now required.

The plan continued that the Commission would also give law enforcement agencies access to this system, accelerating financial investigations and recovering illicit assets in cross-border instances while referring to the data it will gather.

All cryptocurrencies and crypto-asset services are subject to the proposed regulations.

According to the plan, combating terrorist funding and money laundering is critical for Europe’s financial stability and security. Legislative inconsistencies in one Member State have ramifications for the EU as a whole.

Before the new EU body can begin operations in 2024, the European Council and the European Parliament must adopt the package. Because transactions are either anonymous or impossible to track, cryptocurrencies have been at the heart of recent high-profile hacks and have been sought as ransom by criminals.

In the US, the Biden administration is reported to be stepping up attempts to track down cryptocurrencies used in cyberattacks. It plans to give up to $10 million in rewards for information that would assist capture criminals.