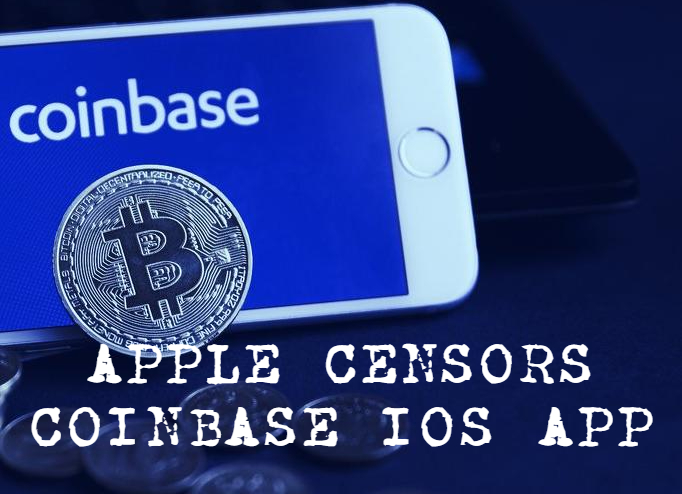 The newly introduced restrictions on Apple Inc. feature limitation on Coinbase IOS app. As we speak users can neither access decentralized finance (Defi) application nor the Coinbase “Earn crypto” feature. In brief, we imply that Apple has prevented Coinbase people from earning free cryptocurrency within its IOS app. The censorship news came as a shock to Coinbase users at a time when they need it most.

In his tweets, Coinbase CEO, Brian Armstrong published a series of tweets airing the hurdles he has had with Apple in an attempt to get the intended features approved on the Apple Store.

Armstrong cited the types of additional services he wanted to provide to Coinbase users but it was unsuccessful due to the imposed restrictions by Apple. For instance, Coinbase would want its users to earn money directly regardless of the device in use but Apple wouldn’t allow. Also, Apple has put restrictions in accessing key DeFi applications within its Coinbase IOS app.

Armstrong has doubled down criticism of Apple, stressing the reluctance of the tech giant to include such crypto-related features in his mobile app. He added that Apple had forbidden Coinbase to provide customers on the iOS platform with a checklist of decentralized applications

Armstrong also expressed critic on Apple for denying iOS customers income collection via cryptocurrencies amid this covid-19 financial disaster as an inhuman act. He said that the technology has the potential to change everything given time. He stressed that the reason why the company lacks some features the consumers want is because they have been denied access by iOS.

Despite, the past experiences with censorship regulations, Armstrong said he was ready to do whatever it takes to remedy the situation including resubmission of a formal request to Apple. He also added that he wouldn’t like to witness what happened to Microsoft when it substituted dApps crypto funds for IAP (in-app purchase).

In a conclusion statement, he pointed out to censorship regulations as may mean protection to users. However, imposing the restriction not only eliminates Apple’s completion but also limits its opportunities in Fintech industry as well as potential users from cryptocurrency services the people needs in present time.