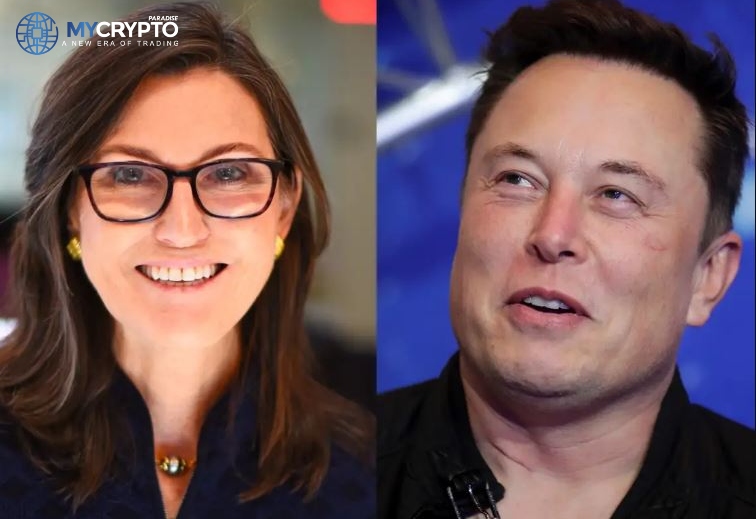 Many commentators have weighed in on electric vehicles and clean energy company Tesla’s decision to halt Bitcoin payments over environmental concerns. Cathie Wood’s ARK Investment is also contributing its opinion on the matter.

ARK Investment Management disagrees with Elon Musk’s Tesla. Tesla claimed that Bitcoin mining involved burning fossil fuels that emit massive amounts of carbon to the environment. Thus, as a futuristic company, it decided to suspend Bitcoin transactions until safer mining methods of the leading cryptocurrency by market capitalization are invented.

Yassine Elmandjra, the analyst of ARK Investment Management, termed Tesla’s concerns as “misguided.” According to her, Elon Musk’s Tesla may have been influenced by Greenidge, a private equity plant, which was planning to revive a coal power plant to mine Bitcoin. Elmandjra added that Bitcoin mining could actually pose positive effects on the environment.

ARK explains the impending net positive effects of Bitcoin mining in terms of demand. As long as there is a constant demand for cryptocurrency mining, the industry will accumulate net profits. With these profits, utilities can pay for battery-storage capacity, which is required for a decisive shift to renewable sources of power. Cathie Wood’s ARK sees a future where utilities can store backup supplies of electricity and rely mainly on renewable sources such as wind power.

However, if Elon Musk’s Tesla and other major institutions start dumping Bitcoin, it will take a long time for utilities to accumulate enough resources to acquire battery backup systems. Thus, Tesla’s decision may result in more harm than good.

Although Musk still maintains his support for cryptocurrencies, his action of late proves otherwise. Bitcoin’s price has fallen by 19% since Elon Musk dropped the Tesla bombshell.

On Monday, he further raised speculation that electric vehicles and clean energy company Tesla could dispose of its Bitcoin holdings, causing more outrage from the community. The kind of influential power Musk has shown, leaves one question on how decentralized Bitcoin is.