Binance Sued over Stollen 1,451.7 BTC worth $9 million by Fisco, a Japanese Crypto Exchange 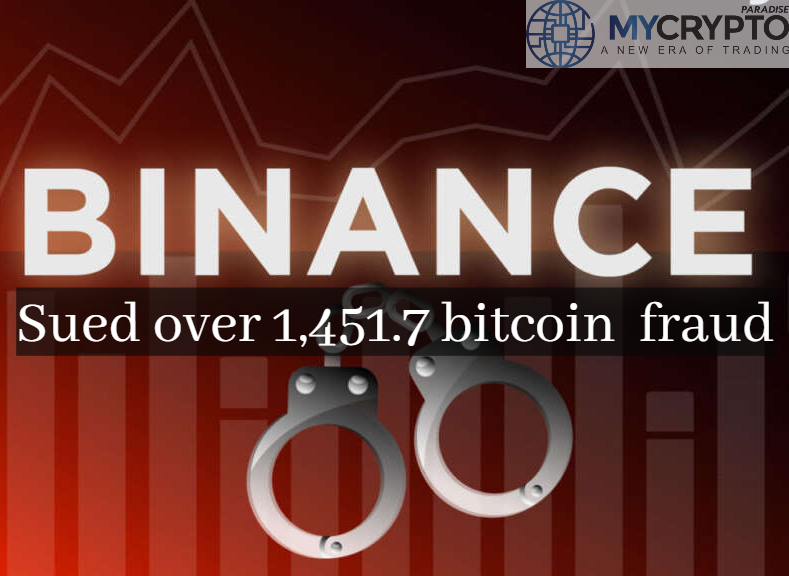 Binance Malta-based crypto exchange is facing legal charges in the Northern California District Court over theft of 1,451.7 bitcoin with an estimated value of $9 million. Fisco ( the owner of Zaif) filed a 33-page complaint accusing Binance of masterminding money laundering on Zaif exchange. The accuser seemed to target the popular “lax” know-your-customer (KYC) policies claiming it’s an intentional security loophole by Binance to facilitate fraud whenever they want.

Fisco was quoted saying Binance’s anti-money laundering (AML) and KYC protocols are extremely “lax” and do not comply with the industry set standards. In particular, Binance’s KYC policy allows a user to open an account and transact amount up to 2-bitcoins on its exchange without providing any key identifications. Thus, the thieves broke down $9 million into a 2-bitcoin threshold and initiated transaction through different user accounts. According to Fisco, Binance facilitated both the deposit and the withdrawal of allegedly funds hence responsible for the theft. According to Fisco, a hacker attacked Zaif exchange in September 2018, and managed to get away with at least $63 million where $41 million was from customer deposits and $22 million from its assets. The stollen crypto included Bitcoin Cash, Monacoin, and Bitcoin. Fisco went ahead to explain that a total of 1,451.7 bitcoin whose worth was $9.4 million then, but currently worth $15 million were laundered through binance as cited on blockchain analytics.

Fisco went on further saying that Zaif promptly contacted Binance in an attempt to pursue Binance to stop the illegal transaction by requesting them to freeze specific accounts involved in the stolen bitcoin. However, the plaintiff was reluctant to do anything to interrupt the transaction process in question when it had the powers to do so.

According to the complainant, Zaif has now resorted for a jury trial that will include a refund of the stolen $9 million from Binance plus legal expenses and punitive damages. Which will be fair compensation for the money and time spent in pursuit the property.

Binance declined the allegations through its spokesperson, though it has been hard to pin down Binance for the past similar frauds. Due to its frequent jurisdiction hopping, Binance transactions in question are under scrutiny and if found guilty it’s likely to face stringent regulation this time around.