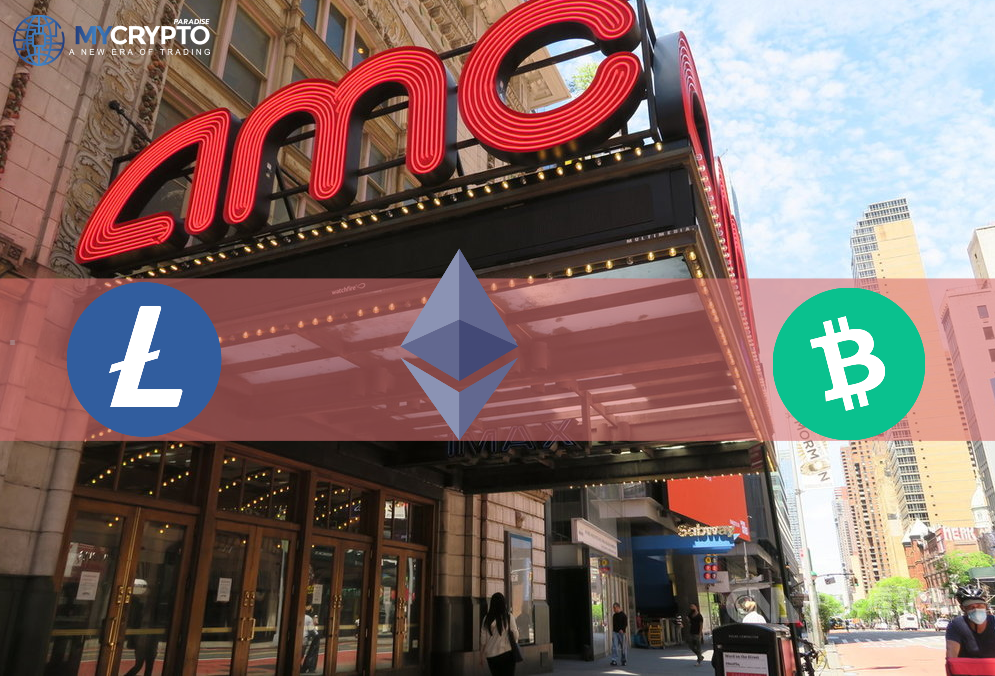 In August, AMC Entertainment Holdings Inc. (AMC), the nation’s most prominent movie theater chain, said that it would accept bitcoin for online ticket and concession sales before the end of the year in its second-quarter results report.

AMC has increased the number of cryptocurrencies it intends to accept as payment for movie tickets and concessions.

AMC Chief Executive Adam Aron said in a tweet on Wednesday that the most significant US movie theater chain would begin taking Ethereum (ETH), Litecoin (LTC), and Bitcoin Cash (BCH) in addition to Bitcoin.

Aron first announced his company’s intention to introduce support for the most significant cryptocurrency during an earnings call in early August, according to U.Today.

During its second-quarter results report, the entertainment business revealed that it would accept Bitcoin payment for online tickets. Aron went on to add that AMC would also accept Apple Pay and Google Pay.

Before announcing its intention to accept cryptocurrency payments, AMC said it would explore additional blockchain-relation possibilities, which is why altcoin payments seem to be a natural move for the movie Theater Chain.

Payments using Bitcoin were supposed to be available by the end of the year.

PayPal Holdings Inc. (PYPL) and Square Inc. (SQ) are among the companies that are taking bitcoin and other cryptocurrencies as payment.

Tesla Inc. (TSLA) made a sensation earlier this year when it said it would take bitcoin for payments, but that plan was shelved in May when CEO Elon Musk expressed worries about crypto mining’s impact on world energy consumption.

After being the darling of retail traders during the GameStop craze, the Leawood-based company earned lots of headlines due to its stock’s volatile swings in early 2021.

Thanks to the meme-stock craze early this year, AMC shares are up 2,100 percent year to far, but they have dropped 15% in the last three months.