Website Leak Reveals That Tesla Could Accept SHIB as Payment 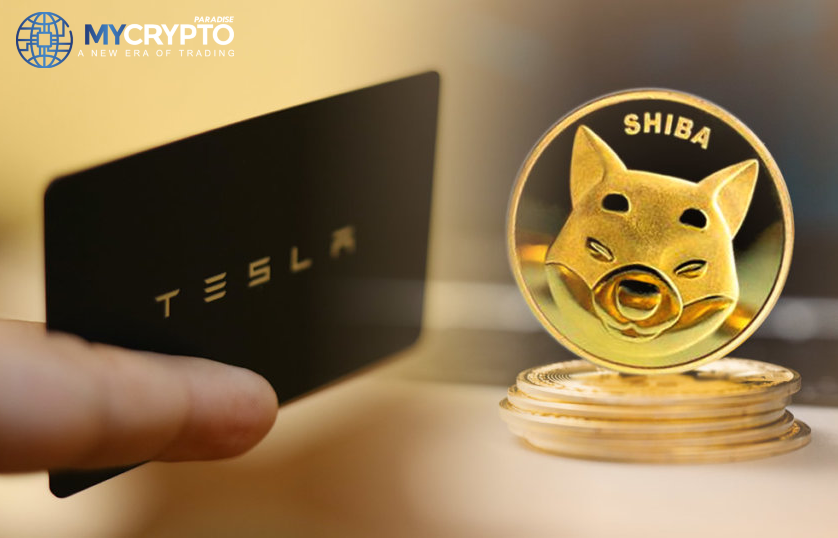 Tesla is considering introducing the meme coin Shiba Inu (SHIB) as a payment option. The rumor source is an examination of the Tesla website source code, which shows $SHIB as a payment method. However, the EV company has yet to issue an official statement on the matter.

According to recent developments, the payment processing code “SHIB” has been discovered next to BTC on the company’s website. The code is under the name “Apple Pay” and is not accessible to the general public. Many market participants are starting to feel that a business would desire to take an asset as payment.

If this report turns out to be true, may we see a comparable increase in Shiba Inu adoptions?

Why Tesla is going for SHIB?

A developer from ShibSwap also validated the code, and he says there are two additional reasons why the code exists on the company’s website. Because Elon Musk has previously said that he has never owned any Shiba Inu coins and is known to like “troll” cryptocurrencies, which he does not endorse, the developer concludes that SHIB is being trolled by Musk or a Tesla official. It’s also possible that “SHIBA” is a code name for a different currency with a dog motif.

SHIB bulls continue active as recent short-term losses correct higher, as the public waits for confirmation or refutation from Tesla or Elon Musk himself.

However, other BTC enthusiasts, including Mark Moss, believe Shiba Inu’s popularity will be short-lived. His tweet echoes the sentiments of some other important figures.

Despite this strong performance, skeptics continue to push the idea that $SHIB is just another fad that will eventually go away.

Shiba Inu, on the other hand, continues to develop foundational strength. For example, its Shiboshi NFTs recently established a 2 ETH ($8,600) price floor.

But how likely is it that Tesla will add $SHIB? After all, $SHIB is an ERC20, which makes it a poor candidate for payments due to the Ethereum network’s high and unpredictable gas prices.

SHIB, the season’s meme currency, has been on the market since its bullish surge began last month. SHIB investors have reason to be positive in the new month, as Tesla may be interested in accepting payments in this cryptocurrency.