Vocdoni merger with Aragon to improve governance for DAOs 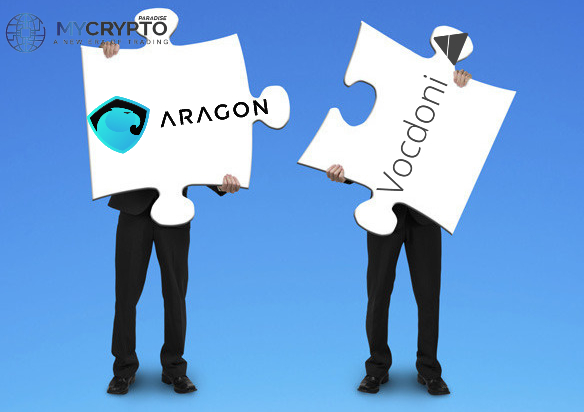 Aragon has made it public to get into collaboration with Vocdoni protocol to enhance DAOs governance. Aragon is a firm that majors in handling decentralized autonomous organizations. Vocdoni, on the other hand, provides blockchain voting and control solutions.

The Aragon-Vocdoni merger has been formed to improve the management of DAOs. It is based on more traditional features, unlike the Yearn finance partnerships. The founder of Aragon, Luis Cuende, was quoted by CoinTelegraph saying that he likes Yearn’s method to M&A. Cuende said that the approach is a “refreshing take” on cryptosystem partnerships.

Aragon has taken over Dvote Labs OU, the organization in charge of the Vocdoni program. The eleven member-team is expected to be enrolled in the payroll of a new firm managed by Aragon and Vocdoni personnel.

Working in a partnership

The teams combined will concentrate on creating a joint solution to improve the Aragon network. In its anonymous voting, Vocdoni utilizes zero-knowledge cryptography alongside leveraging decentralized know-how. The executive director of Aragon Association, Joe Charlesworth, said that Vocdoni’s tech mainly attracted them to push through with the merger.

Charlesworth further said that if Aragon leverages its brand, treasury, and field proficiency, it will aid in their push for the adoption of decentralized governance.

Earlier on, Vocdoni had held a voting test for Omnium Cultural, a cultural group involving 180,000+ members, in Europe. The team’s members on the venture will not cease their work with enterprise and traditional clients while the tech undergoes development for DAOs.

The company’s take over of Yearn did not involve many formalities nor financial relationships. Founder of Cream Finance, Leo Cheng, told CoinTelegraph that the teams responsible only one day woke up working together.

Some critics of the Yearn method said that token owners’ societies did not have much to comment on the new plan methods. The chief operating officer of Vocdoni, Joan Arus, widened on this saying that the criticism does not apply to the procedure.

Joan Arus further said that founding investors at Vocdoni were listed into the company arising from the merger. Dvote Labs board and current active associates, on the other hand, took an anonymous vote supporting the merger. The finances of the token for the merger remain to be clarified. The team, however, has hopes that the Aragon community would be brought in to the process.