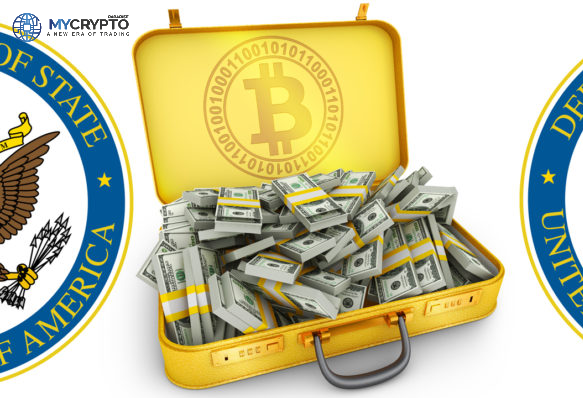 The United States government is offering rewards to any informants who will submit anonymous tips or information concerning operations of enemy state-backed hackers or suspected terrorists.

This comes after the ‘Reward for Justice (RFJ)’ platform was promoted at the Black Hat USA event, which ran from 31st July to 5th August in Las Vegas. According to CNN, the event enabled users to submit tips over an open, unsecured WiFi network (#Rewardsnotransoms) which is purposely set to encourage attendees to log on and access the RFJ website.

Informants were offered up to 10 million USD in exchange for any information about any terrorist suspects, extremists, or hackers sponsored by the state. Payments could be made in cash or as crypto payments as the informants would elect.

Once informants have accessed the RFJ website, sensitive information could be provided via a secure portal on the dark web. This layer of the internet is not policy access by companies or search engines, thereby assuring complete anonymity for any information disbursed.

The RFJ program with this new initiative attempts to contain the number of cyberattacks by soliciting information from white hat hackers with superb pertinent skills and expertized experiences.

Onto a Digitized Solution

Earlier this year, US president Joe Biden’s administration made grave accusations saying Russia and China employed hackers to breach multiple US government agencies. Around June this year, a major cyberattack hit the Colonial Pipeline System and elicited approximately 2.3 million USD. Although US officials recovered the proceeds, countermeasures have to be taken to prevent such severity in attacks, and the RFJ is the clear solution here.

The reward for Justice platform has already received tips which they dutifully share with their interagency partners for further action.

Speaking on the matter, an official in the State Department pushes cryptocurrencies to better pay for rewards because of its anonymous payment structure.

If the tips are received anonymously, it is only fair to give payments in similar discretion.