US Recession Not Inevitable, President Biden Lashed Out at a Reporter 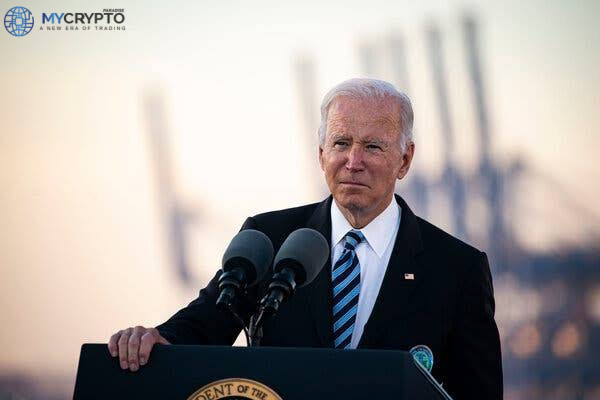 According to economists at Nomura Holdings Inc., the US economy is likely to fall into a mild recession by the end of 2022 as the Fed raises rates to control prices, a forecast that left the citizens of the US in anxiety.

On Monday, the beach-strolling President Biden lashed out at reporters who asked about the inevitability of the US recession. Biden while strolling around Rehoboth Beach, Delaware, reiterated by saying that the recession is not “inevitable.”

While asking President Biden regarding a potential recession, one of the reporters said “Economists are saying that a recession is more likely than ever.”

Biden responded immediately interrupting the reporter by saying: “Not the majority. Come on, don’t make things up.” He added: “Now you sound like a Republican politician. I’m joking. That was a joke, that was a joke.”

He said “all kiddies aside” and continued:

“No, I don’t think it is. I was talking to Larry Summers this morning, there is nothing inevitable about a recession.”

President Biden furthered by referencing a dialogue he claimed to have had with former Treasury Secretary Lawrence Summers, who said on NBC Sunday: “My best guess is a recession is ahead.”

In Summer’s recession forecast, “I base that on the fact that we haven’t had a situation like the present, with inflation above 4% and unemployment beyond 4% without a recession following within a year or two. And so, I think the likelihood is that in order to do what’s necessary to stop inflation, the Fed is going to raise interest rates enough that the economy will slip into a recession.”

President Biden earlier has dismissed concerns regarding the US recession. In an interview with the Associated Press after the Federal Reserve announced the biggest rate hike since 1994 last week, he opined:

“First of all, it’s not inevitable. Secondly, we’re in a stronger position than any nation in the world to overcome this inflation.”

Amidst the recent crypto market condition coupled with incessant global inflation draining people’s pockets, it is important that you stay healthy, this is why we have a 20% discount on our ParadiseFamilyVIP membership on Binance, Bybit, and Kucoin exchanges; use PRO20% as your discount code now, you will get the proper strategies of trading and portfolio management skills, a successful trading mindset as well as the psychology of trading to stay healthy throughout the current market situation.

hurry now as this promo will be expiring soon.

See reviews from our clients

The Treasury Secretary’s position regarding the forecasted recession is the same as President Biden’s, She told ABC News on Sunday that the recession which many Americans fear is not “at all imminent.”

“I expect the economy to slow, it’s been growing at a very rapid rate as the economy, as the labor market has recovered and we have reached full employment. It’s natural now that we expect to transition to steady and stable growth,” Yellen said.

She intensifies by saying that she “did not think a recession is at all inevitable.”

What is your position about economists’ forecasts? Do you stand in the same position as Biden and Yellen? Kindly share your thoughts by commenting below.

Whilst you comment, you can be a part of the thriving crypto community with our ParadiseFamilyVIP on Binance, Kucoin, and Bybit; use PRO20% for your special 20% discount.