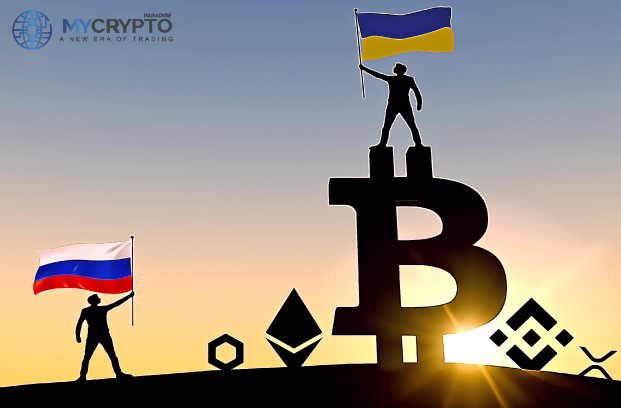 After the Russian troops positioned themselves in Ukraine, Citizens there have had to improve the means to fight them, and using cryptocurrencies was one of the strategies.

Bitcoin allows people throughout the world to make impactful connections and change. Over the first year, the Ukrainian defense has seen a pleasant rise in cryptocurrency donations. Due to that, the digital currency market is becoming a very viable alternative for donors. Seeing that the Ukrainian troops were quickly succumbing to Russian troops, Ukrainians took the fight. Through formed ‘volunteer groups,’ they get funding from private donations.

Statistics from a blockchain analytics firm, Elliptic, show that crowdfunding in Ukraine has increased by over 900% since 2021. Interestingly, this massive leap in crypto donations is coming from Ukraine itself instead of external donors like before.

Previously, donations through bank wires and application systems could get denied. Worse, a fundraising campaign could have their accounts closed out of restrictions for raising funds in a certain way.

In one of its studies, the analytics firm, Elliptic revealed that the Ukrainian army continues to receive donations from ‘pals.’ The ‘Come Back Alive’group that received approximately $200,000 in funding during the last quarter of last year gave most of it to the Ukrainian army.

The Ukrainian Cyber Alliance is an organization that carried cyber mitigations against Russian hackers and propaganda disseminators. This campaign continues to get support from donors worldwide through Bitcoin and Litecoin mining efforts. So far, almost $100 thousand in Bitcoin and other cryptocurrencies have been collected for the cause.

Just yet again, when we feel like we are hitting the wall with traditional financial systems, the digital market comes in and saves the day.