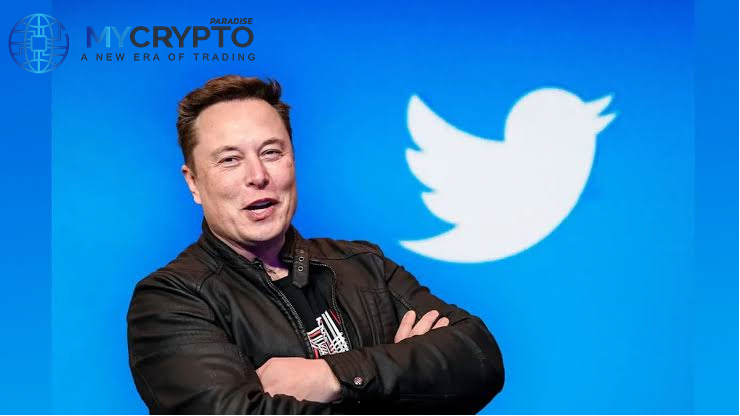 Twitter board on Tuesday has unanimously recommended that the shareholders approve Elon Musk’s $44 billion takeovers.

In a statement in a document filed with the Securities and Exchange Commission (SEC), the board stated that it “unanimously recommends that you vote (for) the adoption of the merger agreement.”

The Twitter board also unanimously proposes that shareholders approve “the compensation that will or may become payable by Twitter to its named executive officers in connection with the merger” and “the adjournment of the special meeting, from time to time, to a later date or dates, if necessary or appropriate, to solicit additional proxies if there are insufficient votes to adopt the merger agreement at the time of the special meeting.”

Twitter Inc.’s market cap is currently around $28.8 billion, meaning that a $44 billion offer is juicier for each shareholder in the company.

However, the issue facing the deal is still hanging, an issue that started when Twitter earlier this month gave Elon Musk access to its full firehouse, a stream of tweets with no restriction, where Musk found out the number of bots on Twitter, making him more remorseful of the deal.

While speaking at the Qatar Economic Forum on Tuesday, Elon Musk said that there are still “unresolved matters” regarding the Twitter deal.

“There is the question of, will the debt portion of the round come together and then will the shareholders vote in favor,”  he stated.

Musk also posited that he doesn’t want to boss Twitter but wants to focus on “driving the product.”

With Musk’s Twitter deal closing to reality, more values is set to be added to the crypto market, all thanks to Musk’s influence, and no doubt, crypto is still in its infancy, join the train now with education and information from an expert by joining our ParadiseFamilyVIP membership on Binance, Kucoin, and Bybit exchanges; use PRO20% for your special 20% discount; you will get the proper strategies of trading and portfolio management skills, a successful trading mindset as well as the psychology of trading to stay healthy throughout the current market situation. hurry now as this promo will be expiring soon.

See reviews from our clients

Following the Twitter Board’s statement that the shareholders approve Elon Musk’s Twitter bid, Dogecoin immediately soars by 9%. Although, the coin had already seen a 10% daily rise which was a result of the rumor of the likely approval of Elon Musk’s deal with Twitter, making its daily rise amounted to 19%.

Dogecoin has been afloat due to the “DogeFather” influence on the coin, the meme coin is now becoming an instrument of payment, Elon Musk had earlier suggested using Dogecoin as means of payment for Twitter blue service.

He also suggested the integration of crypto payments on Twitter. If the Twitter deal is finally approved, the crypto community is expecting more from the DOGE market cap, with Elon Musk’s incessant support for Dogecoin even in the midst of a $258 billion lawsuit, Dogecoin may likely become the currency of the internet as he wanted.

How do you think Elon Musk Twitter takeover will affect the crypto market, especially Dogecoin? Share your thoughts by commenting below, While you comment, you can be a part of the thriving crypto community with our ParadiseFamilyVIP on Binance, Kucoin, and Bybit; use PRO20% for your special 20% discount.