Tron to be the First Crypto Organization to relocate to El Salvador; CEO Justin Sun 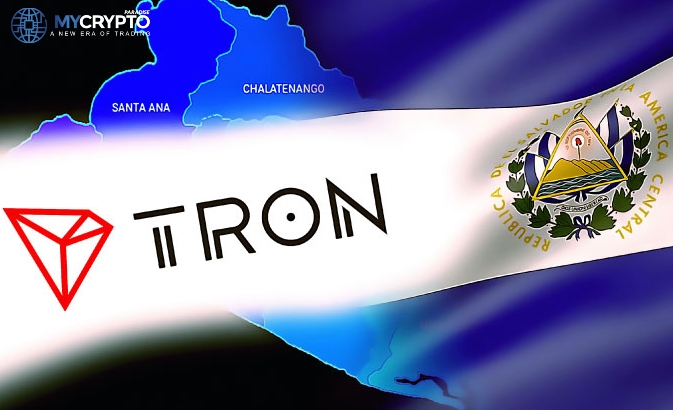 El Salvador’s President, Nayib Bukele, declared that the Central American nation would join the Bitcoin market, and the Bitcoin industry has responded positively to the news, with Tron and essential crypto players expressing interest of relocating to El Salvador.

Tron’s founder, Justin Sun, has shown interest in moving as well, with one goal in mind: to make Tron the first cryptocurrency company to open a branch in El Salvador.

Sun shared his ambitions to community members on Twitter, declaring that El Salvador is officially a crypto country! TRON will be the first cryptocurrency entity to open an office in El Salvador! TRX (Bitcoin).

Sun, who had previously said that many bitcoin enterprises would be moving to El Salvador, received a reaction from the president himself, who stressed the advantages of the Bitcoin-friendly nation.

El Salvador might give the United States a run for its money. Since the cryptocurrency market grew into an internationally recognized business, crypto organizations have struggled to establish themselves in a crypto-friendly region as government crackdowns and stringent regulatory laws continue to impede trade. Binance was forced to move from Japan to Malta, one of the few crypto-friendly locations then.

With Ripple’s Brad Garlinghouse and “Crypto mum,” Heister Pierce pointing out that a considerable number of crypto exchange firms are moving out of the US and into countries with much more favorable policies. The US may need to buckle down and rethink its policies or risk losing out on the opportunity to improve its economy by becoming home to billion-dollar cryptocurrency organizations.

Meanwhile, some cryptocurrency proponents are concerned about political backlash in El Salvador, claiming that political pressure might compel the country’s president to reconsider his decision to accept Bitcoin. On the other hand, the president is relatively optimistic that the obstacles will not hinder them from accepting Bitcoin.

← Prev: Anthony Weiner to Sell His NFTs of Embarrassing Moments Next: Over $11B held in Bitcoin by 32 major firms: Crypto Treasury Report →