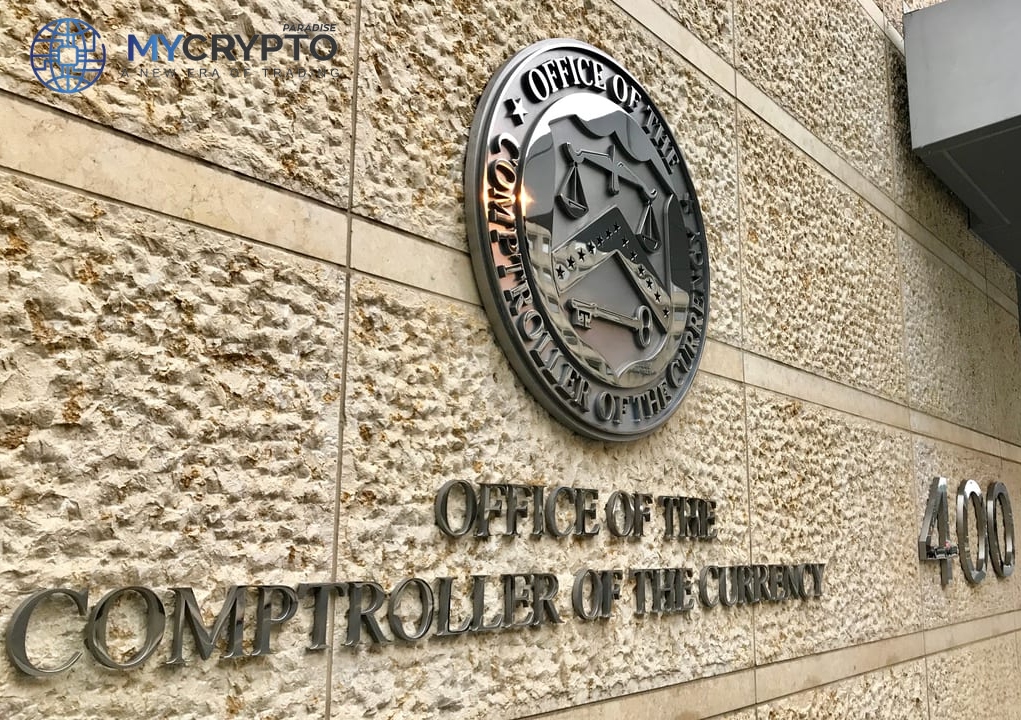 In a letter published on Monday, the Office of the Comptroller of the Currency (OCC) affirms that National banks and federal savings associations can now use independent node verification networks(INVN) -the blockchain and stablecoins as a settlement infrastructure in the US financial system.

This move had been accurately foreseen after Brian Brooks took over the role of the acting comptroller in May last year.

In June thereafter, the office released an interpretative letter giving banks hope that they might be able to offer cryptocurrency services in the future. The only emphasized condition to this address was the banks’ capacity to manage involved risks and comply with the applicable law.

The letter issued clarifies that now national banks and federal saving associations are allowed to store, validate, and record transactions but as a node in the INVN alongside performing any permissible payment services.

The go-ahead on this decentralized nature of  INVN and stablecoins in payment transactions has been given in hopes that INVN will enhance efficiency, effectiveness, stability, security, and real-time payments.

What Perfect News to the Crypto community

Now that the banks have been empowered to use INVN and stablecoins in payment transactions, this is a huge deal for the crypto community. Cryptocurrencies have already seen prices rise after the official statement by the OCC. Ether jumped nearly by 12% and Bitcoin 5%.

The comptroller also noted that the president’s financial market group had devised a strong framework that would support this new era of INVN and Stablecoins payment transactions while still managing and navigating the risks involved.

The OCC letter is in contrast to an earlier bill in the Congress that required corporations issuing stablecoins to obtain bank charters and regulatory approval before circulating any stablecoins.

Frowned upon by the affected parties, a 175k donation was made to the leading cryptocurrency advocacy group, the coin centre, for better crypto policies.