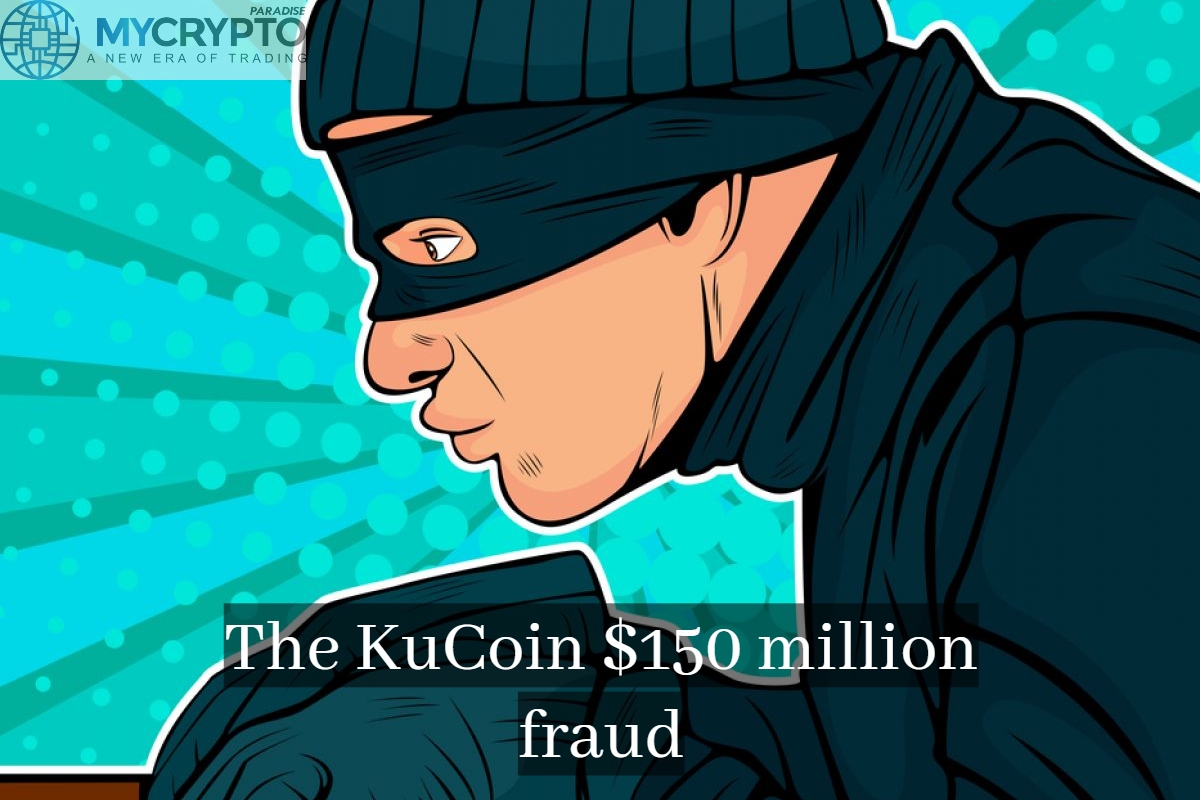 The CEO of KuCoin (a Singapore-based crypto exchange) responded to the $150 million fraud that drained over $150 million of Ethereum tokens from the exchange wallet. The scandal also resulted in a loss of $13 million from Tether based on the EOS blockchain.

In a dedicated live stream interview Johnny Lyu, the CEO KuCoin global said that the criminals stole a different type of coins including bitcoin, Ethereum, XRP, Litecoin, Stellar Lumens, Tether, Tron, and Ocean and other ERC-20 tokens. The CEO said he was still working on the list of stolen cryptos to determine the total value that was drained.

According to KuCoin’s website, the CEO said that the funds drained were a small part of the company’s asset holdings and the team approximate that withdrawals and deposits will be live within seven days. To ease the situation, the CEO started that KuCoin’s insurance fund is enough to cover the loss resulting from the fraud. The team discarded all the affected hot wallets and improved the entire risk management system as a technique to prevent such an occurrence in future.

The CEO said that the wallet and security team will work on the transaction to guarantee the security of the assets and users. According to the Blockchain, forensic firm CEO’S some traced funds of KuCoin’s contains a potential wallet worth 7,500 Bitcoin translating to $80 million.

Lyu informed the media outlet that KuCoin was working with blockchain projects and cryptocurrency wallets that received the hacked funds to trace, block, and to cut the losses. As some of the hackers had tried to offload the stollen cryptos via Binance exchange.

According to a tweet from Paolo Ardoinio, the chief technology officer Bitfinex froze a total of $13 million worth of Tether that were hosted EOS blockchain while a total of $20 million tether hosted on Ethereum were also frozen. 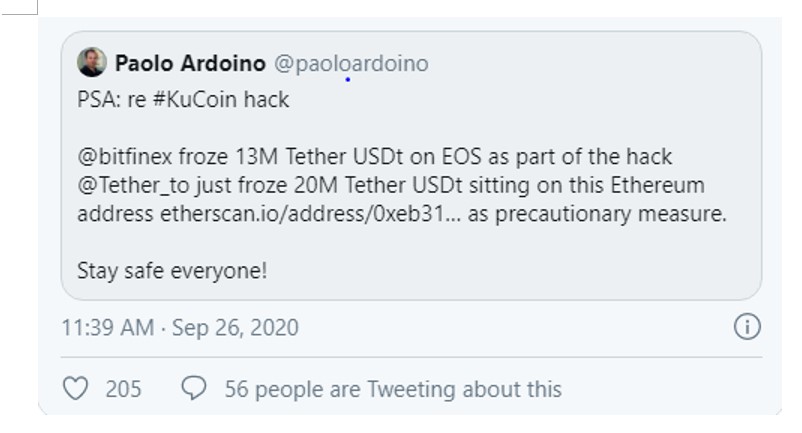 On 28 June 2020 Ki-Young Ju (WHO) said that the quickest way to check exchange fraud rumors is exchange outflows. Fraud exchanges have a substantial outflow of stolen BTC and are reduced to zero after the surge.

Lyu also added that KuCoin had requested the cryptocurrency exchange that hackers used including Huobi, OKEx, Binance, BitMax and ByBit to promptly froze the suspected accounts as a way to recover the stolen funds. Also, the CEO said he had reported the incident to law enforcement and the investigations to track culprits were going on.