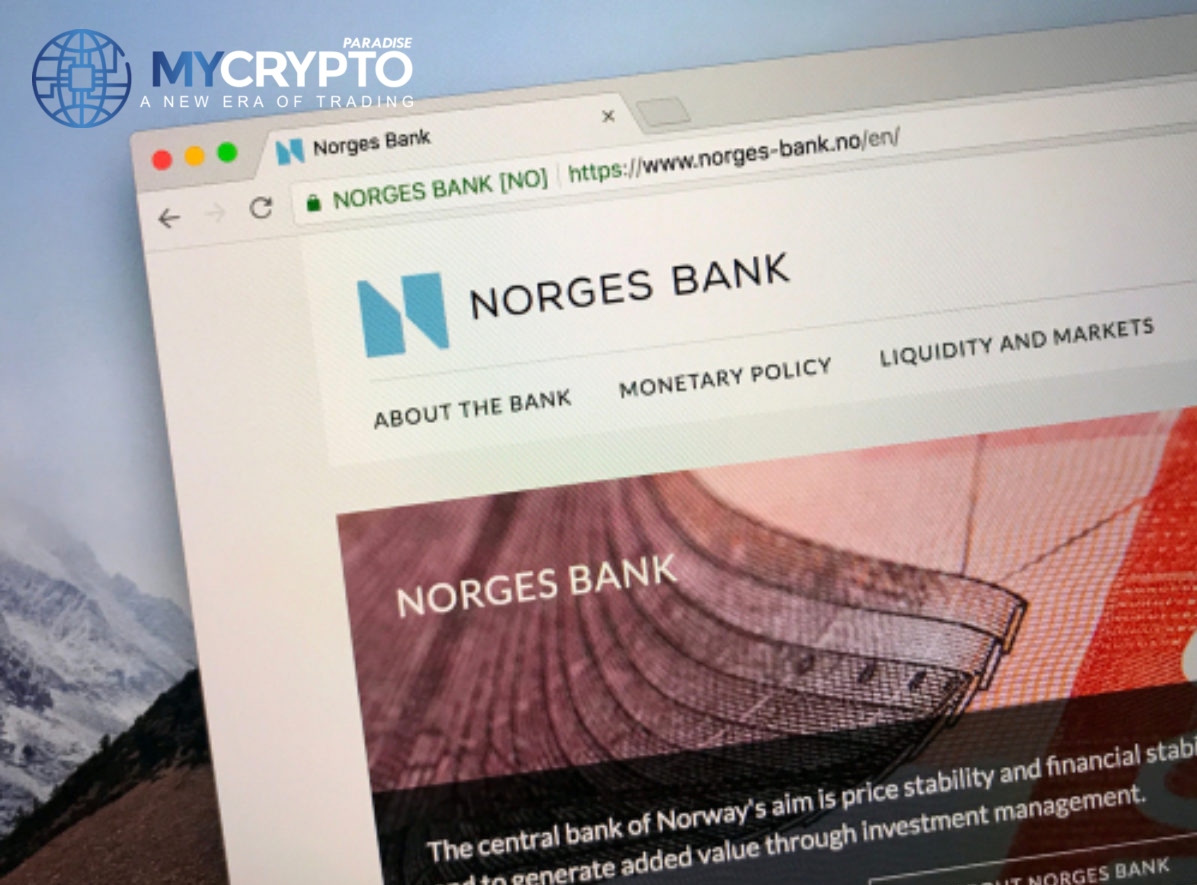 According to its central bank Norges Bank, Norway is the most cashless country, with only 4% of their transaction paid with cash while the rest is mainly contactless cards and digital wallets. Despite the country’s advanced financial behaviour, its central bank maintains that it does not see the possibility of leading cryptocurrency Bitcoin replacing fiat currency in the future.

Bitcoin is Far Too Volatile to Be an Alternative for Fiat

Cryptocurrency enthusiasts are adamant in their belief that these digital coins are the future. As it continues reaching remarkable milestones in its value, there is talk that Bitcoin will one day overtake the dollar and hold a place as the world’s reserve currency.

Oystein Olsen, the governor of Norges Bank, believes these sentiments of Bitcoin enthusiasts to be too farfetched. According to the economist, cryptocurrencies could never perform efficiently as an alternative to fiat due to their nature.

Precisely, Olsen termed Bitcoin as “far too resource-intensive, far too costly and most importantly, it doesn’t preserve stability.” The essential feature of a central-bank-issued currency is that it should be stable. The leading cryptocurrency Bitcoin’s value, on the other hand, fluctuates way too much to offer this stability.

Even with central banks’ adoption of CBDC, Norges Bank preserves that the objective of its CBDC is to facilitate efficient and secure payment for users in the Norwegian kroner. The Deputy Governor of Norges Bank, Ida Wolden Bache, added that the CBDC would not change private sector credit intermediation in any way.

Olsen’s stand on Bitcoin comes after a wave of Bitcoin support in cashless Norway. Kjell Inge Rokke, a prominent business person in Norway, recently endorsed Bitcoin and argued that it would appear on the right side of monetary history. Rokke led his company, Aker, to investing in Bitcoin, arguing that choosing not to would be riskier. Despite the increase in institutional demand for the leading cryptocurrency Bitcoin, the central bank of Norway’s sentiments indicates that fiat currency will continue to uphold in this cashless country.