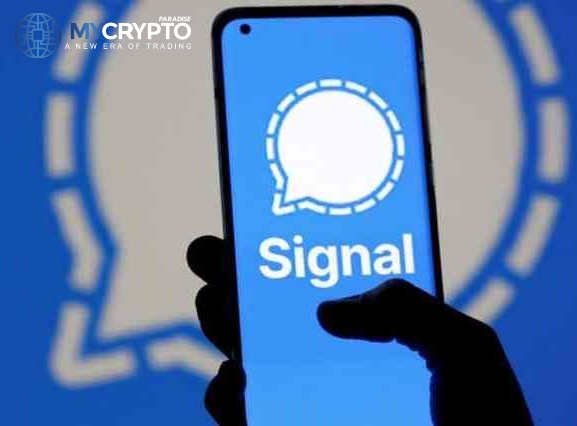 Encrypted messaging application Signal announced on Tuesday its launch of a cryptocurrency payments feature for its beta version in the UK.

Signal bases operations on the assurance of absolute privacy for its users through a strong encrypted dead-simple interface. The encrypted messaging application promises its users that all messages or calls via the platform remain between the participants at all times.

Signal is a favorite for privacy advocates, especially with recent privacy concerns on popular social media application Facebook. It turns out, Facebook’s founder Mark Zuckerberg also appreciates Signal’s encrypted features. From his leaked number, it came to light that Zuckerberg has a Signal account despite being known for not signing up to competitors’ applications.

The launch of the cryptocurrency payments feature furthers this privacy goal of Signal. The feature, dubbed Signal Payments, is a peer-to-peer payments system in the beta version of the Signal app.

Privacy-Focused Coin MOB is the Best Match for Signal

Signal is piloting the launch with the MobileCoin wallet and appropriately its cryptocurrency MOB. According to a blog post by Jun Harada, Signal’s head of growth and communication, the cryptocurrency MOB is a perfect fit for the goals of the application. MOB is currently available on Sam Bankman-Fried’s cryptocurrency exchange platform FTX trading at $58.82

Most other digital coins, such as leading cryptocurrency by market cap Bitcoin record their transactions on a public ledger. MOB, on the other hand, is a privacy-focused coin that keeps ledger information obscured and in scrambles. MobileCoin has designed its cryptocurrency such that their business clients, as in this case Signal, will not be able to access the users’ account balance or transactional history.

Moreover, Signal’s CEO and creator Moxie Marlinspike, has been a long-term advisor to privacy-focused coin’s MobileCoin. The inclusion of the cryptocurrency payments feature for Signal is something the application has been cooking for quite some time. In March, The Signal Foundation started accepting cryptocurrency donations. The latest launch is a step further towards the crypto ecosystem for the encrypted messaging application.