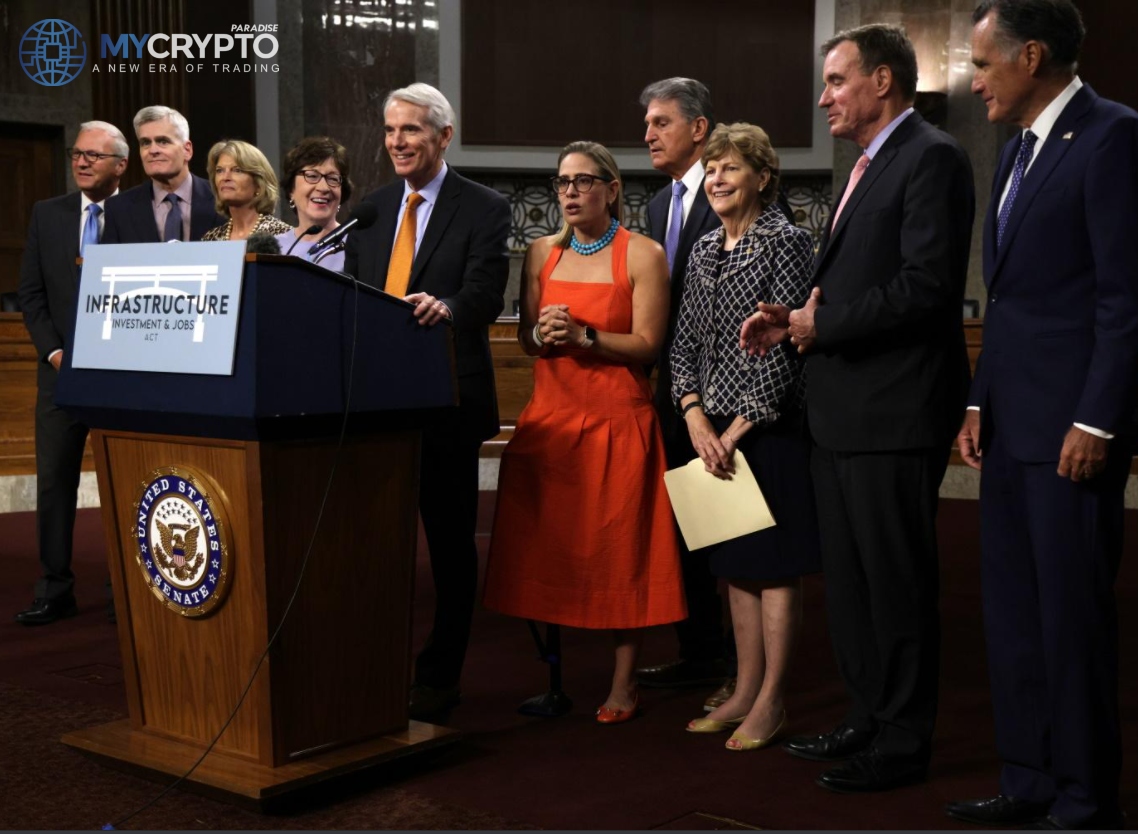 The decentralized finance network in the United States was hit with bad news after the Senate passed on an amendment to exempt non-custodial crypto actors from tax reporting obligations.

On Monday, the Senate convened and rejected a bipartisan compromise on the crypto tax provision in President Joe Biden’s $1 trillion infrastructure bill. The crypto favored amendment stemmed from the broad language used in the initial bill that accorded tax reporting obligations to “brokers of digital assets.”

According to the current bill, a “broker” would be any person who is responsible for regularly providing any service that involves the transfers of digital assets on behalf of someone else. The definition could include players like developers, target miners, stakers, and others without customers to declare.

The rival crypto favored amendment would, in turn exempt non-custodial actors, validators of proof-of-stake networks, wallet providers, and protocol developers from reporting their crypto gains to the IRS.

Joe Biden’s $1 trillion infrastructure bill was closed late on Sunday. Considering this, the crypto favored compromise could only pass by garnering unanimous consent with absolutely no objections. However, that was not the case. After his amendment to raise military spending was rejected by Senator Bernie Sanders, Senator Richard Shelby filed an objection to the crypto compromise.

The crypto community’s fear has ensued with the failure of this amendment. Among the said “brokers” are entities that cannot fulfill the bill’s reporting expectations. In expressing his disappointment, Senator Pat Toomey commented that the system will be requiring information from people who do not have it. He continued that the Senate will have to clean up this mess that they could have avoided.

Rejection of Amendment Could Scare Crypto Players Out of the U.S. Market

The U.S. is among the top countries with very strict crypto laws. The vagueness in this bill could potentially scare away non-custodial crypto actors from the U.S. market. The bill creates a loophole for crypto users to found themselves on the wrong side of the law. Until this correction is made, it might be safe for these targeted users to move their activities.