SEC is Still Indecisive on Ruling out Ethereum’s Security Status 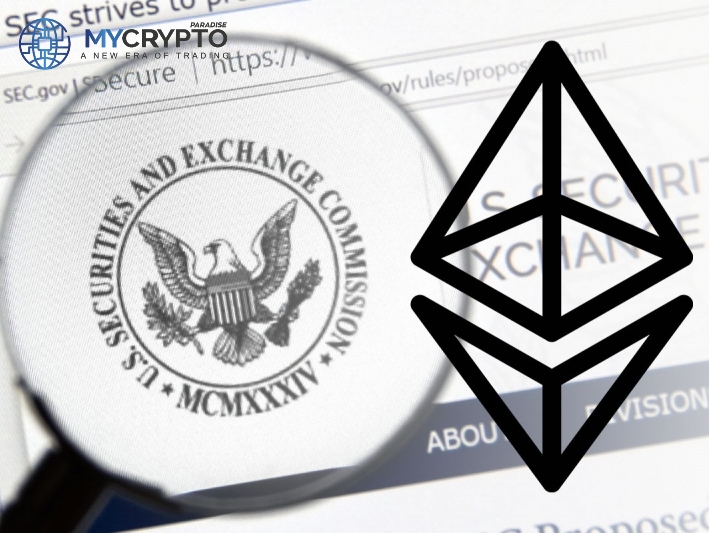 As the looming crypto regulations by governments nears, players in the digital currency scene are anxious about the SEC’s decision on some of their favorite coins’ status.

Comments from Dugan Bliss, the agency’s senior trial counsel, added to this anxiety. In a conference with Magistrate Judge Sarah Network, Bliss declared that SEC is still indecisive on ruling out leading cryptocurrency Bitcoin and Ethereum’s security status.

Could SEC Be Waiting Out on Ethereum Like It Did Ripple?

The U.S. financial watchdog declared Ripple an illegal unregistered security after the digital token had been in the industry for seven years. The track record means that the cryptocurrency’s position in the market is a non-factor to its decision. SEC could be coming for the two leading cryptocurrencies next.

Considering the former SEC chairman’s sentiments, leading cryptocurrency Bitcoin has a better chance of survival than Ethereum. Jay Clayton has, on more than one occasion, declared Bitcoin as a non-security. Ethereum, on the other hand, is floating on regulatory uncertainty and hence closer to SEC’s chopping board.

At the conference, Bliss continued to urge the public to disregard comments that alluded to Ethereum’s non-security status from “a high-ranking person.” SEC’s senior counsel was referring to the agency’s former director of finance, Bill Hinman. Before his exit from SEC in 2018, Hinman commented that Ether’s sales and offers were not security transactions.

Bliss affirmed that Hinman’s comments were from a personal point of view. The U.S. financial watchdog had not officially drafted or sent any action letter to enforce Hinman’s view.

Crypto enthusiasts cannot tell SEC’s stands on passing comments of affiliates of the agency. While SEC’s former finance director stood for Ethereum’s non-security status, the incoming chairman Gary Gensler stands at the opposite side.

Speaking to New York Times, Gensler said Ethereum is similar to Ripple as non-compliant security. His comments are firmly against Ethereum. Nonetheless, Ether’s traders can hold onto SEC’s senior counsel’s advice to disregard personal views, which is what Gensler’s sentiments are.