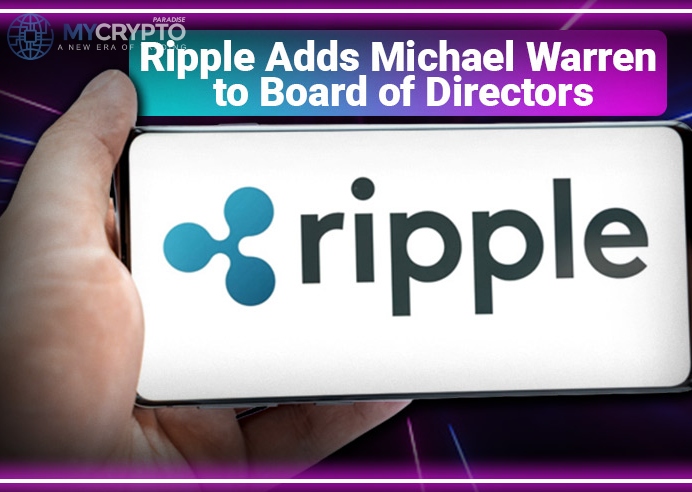 Former senior advisor to the Obama government, Michael Warren, has been appointed to sit in the director’s board at Ripple.

In addition to his new role, Warren holds the position of managing director global consulting firm Albright Stonebridge Group. Also, in hindsight, he has had the role of director in the National Economic Council during Clinton’s administration.

Reiterating on his new appointment, Warren says he wants to partner with Ripple and move the needle forward regarding crypto regulations. Warren called out the long withstanding lawsuit between Ripple and the SEC on stifling the company’s growth. He hopes that a better regulatory framework will govern the crypto industry in the future.

Ripple’s CEO, Brad Garlinghouse, delights on Warren’s accolades as an experienced and invaluable resource. With him aboard, Garlinghiuse expects he should be in a capacity to expand their presence in global markets.

Contrary to the alienation that would normally be expected from a company facing such a big lawsuit, we remain in awe.

Ripple has continued to bring aboard new executives throughout its lawsuit period. JPMorgan Sandie O’Connor joined Ripple’s board of directors in December 2020, right after the filed lawsuit.

Former United States Treasurer Rosie Rios later joined the board in May 2021. Now, Ripple Appoints to its Board of Directors a Former Senior Advisor to Obama’s administration.

The board of directors, in addition to the executives explained above, also contains;

Brad GarlingHouse and his partner Chris Larsen have been battling the United States SEC in a lawsuit for over a year now. The duo was accused of selling XRP tokens as a security and taking the proceeds for personal gain. This week, their motion to dismiss the lawsuit was denied in court.