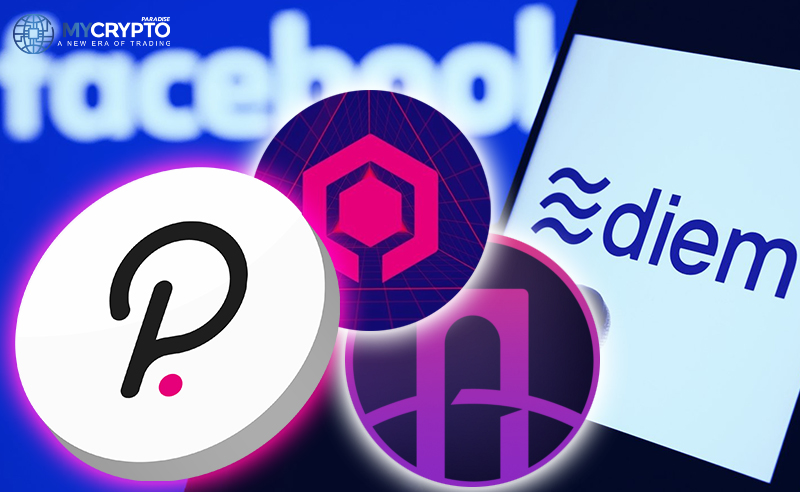 Aim of Pontem and Pinknode collaboration

According to the announcement shared with Decrypt today, the collaboration intends to establish a testing environment where third-party developers may try out their apps before transferring them to the permissioned Diem blockchain.

In a press release accompanying the announcement, Pontem founder Boris Povod stated that with Pinknode as their main infrastructure provider, their dependable and safe API endpoints would be a key building block in finalizing their joint goal of improving Polkadot’s current infrastructure, as well as allowing them to work towards their mission of becoming Diem’s experimentation network.

What exactly is Diem?

In June 2019, Facebook suggested a stablecoin initiative called Libra at the time. Following regulatory criticism, the project shifted its goal from establishing a worldwide digital currency payment network to just being a wallet for stablecoins and subsequently renamed Diem in late 2020.

Diem’s testnet saw over 50 million transactions in a little over a month after its debut in early 2021.

Polkadot is a multi-chain network that seeks to build an Internet of interoperable blockchains. These blockchains link to Polkadot’s proof of stake network and operate in parallel as “parachains.”

Pontem, founded in 2020, is working on a derivative of Facebook’s Diem blockchain. Pontem’s network, unlike the real thing, is open and permissionless, allowing anybody to test their ideas and applications before introducing them to the Diem ecosystem. Users of Diem, which is set to debut later in 2021, will access all of the features built on Pontem at the same time.

Pinknode will offer safe, stable, and scalable API endpoints to Pontem as part of the collaboration, enabling developers to link their dapps to the existing ecosystem of Kusama, Polkadot’s “canary network” for testing new upgrades and features. According to the news announcement, every project that links to the parachain will be compatible with the Diem blockchain.

Finally, the project intends to guarantee that all Polkadot-based decentralized applications (dapps) may interface with Diem through the Pontem Network.