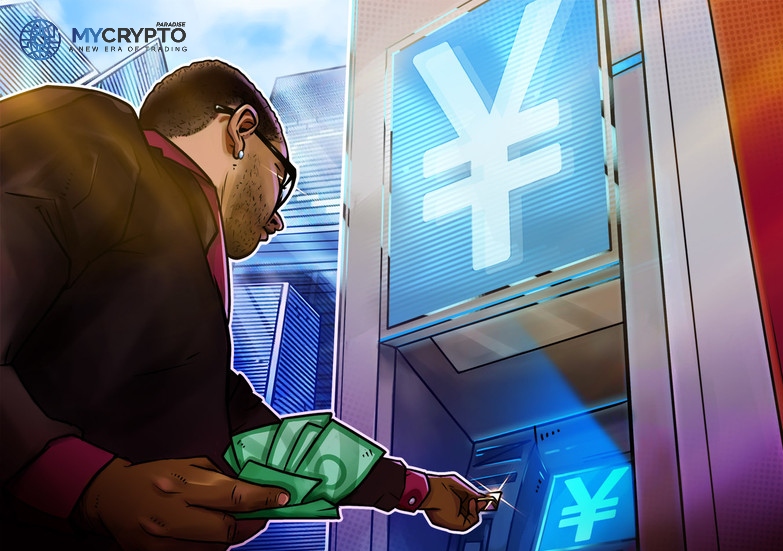 According to its latest move, China is actively furthering the use of its digital yuan, the e-CNY. Over 3000 ATMs across China’s capital Beijing can now convert e-CNY to cash and vice versa.

China’s enthusiasm with the e-CNY points to the possibility of shifting from the tests to a full rollout. The Industrial and Commercial Bank of China (ICBC) in Beijing spearheaded this feature. ICBC-owned Agricultural Bank of China (ABC) also activated ten e-CNY ATMs in the Wangfujing district of Beijing with this e-CNY to cash and vice versa feature.

It is worth noting that ICBC’s subsidiary ABC began testing the e-CNY feature in January before its parent bank picked on it. ABC conducted its tests in Shenzhen during the city’s second round of the e-CNY lottery campaign. ICBC followed suit by kicking off its tests in February, starting with ten e-CNY ATMs in Beijing.

China Actively Promotes its e-CNY through A Series of Giveaways

The launch of the ATMs with the e-CNY to cash and vice versa feature in Beijing is after the city conducted a recent e-CNY lottery giveaway campaign. The 40 million digital yuan campaign, which translates to approximately $6.3 million, was the second one in Beijing.

The series of China’s e-CNY giveaways began in October last year. So far, Shenzhen, Suzhou, Beijing, Chengdu, Changsha, and Shanghai have done the giveaways. All these e-CNY lotteries come to around 250 million digital yuan that is roughly $40 million.

China sees these giveaways as the best way to extend the spread of their e-CNY. The latest lottery in Shanghai managed to garner 350,000 residents who emerged as the winners. The number in Shanghai is the highest compared to other cities whose maximum number never exceeded 200,000.