Over 100 Companies Will Make the Ethereum to Cardano Shift: Charles Hoskinson 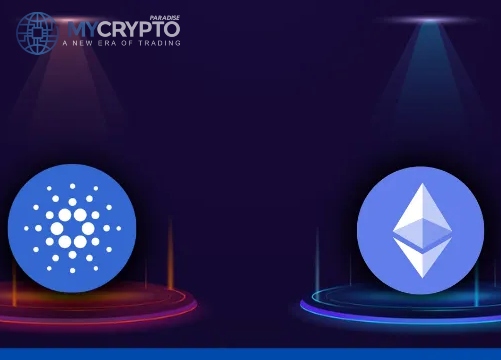 In a recent interview, the founder and CEO of IOHK Charles Hoskinson commented that over 100 companies will make the Ethereum to Cardano shift. Hoskinson believes this will happen because of Cardano’s functionality that is currently in the works.

Among the 100 companies that are in the process of moving to Cardano is the artificial intelligence firm SingularityNET. SingularityNET pioneered the social humanoid robot Sophia.

Cardano has been lagging behind compared to giants like Ethereum and Bitcoin in terms of functionality. Unlike the other two, Cardano cannot run several popular applications like decentralized finance projects that enable lending, trading, and borrowing money among users. If IOHK’s founder Hoskinson remarks are anything to go by, Cardano’s impending upgrade might launch all these features it currently lacks.

From his remarks, Hoskinson seems very confident about Cardano’s potential. He believes Cardano is more infinitely efficient than Ethereum, which is the current leader in decentralized finance. According to Hoskinson, DeFi can run on Cardano for 1/1000 to 1/1000 of the cost.

Hoskinson has so much trust the Ethereum to Cardano shift will occur that he dismisses other firms with similar ambitions. He compared the largest DEX Uniswap and dApps’ poster child CryptoKitties to Beanie Babies and Pet Rocks. To him, these are just bubbles that will eventually disappear. His ambition goes beyond outstripping Ethereum of its title with this Cardano’s impending upgrade. IOHK’s founder Hoskinson also wants to run entire countries on his blockchain network.

Cardano’s ADA has recently experienced a surge in price that has attracted attention in the cryptocurrency ecosystem. In mid-December, the digital currency rose to be the third largest cryptocurrency by market value behind Bitcoin and Ethereum. Commentators have attributed Cardano’s surge to its presentation as a better Ethereum with the reduced transaction fees.

Cardano’s surge matches its founder’s similar internet popularity. 33- year old IOHK’s founder Hoskinson is claiming celebrity status following his excelling YouTube career. He recently passed the 100,000 subscribers mark and receives tens of thousands of views on his videos. Hoskinson says he is now recognized by fans in airports and getting fan mails and gifts from admirers.

← Prev: Everything you need to know about Dogecoin Next: Americans to Invest $40 Billion of the Direct Stimulus Checks into Bitcoin and Stocks - Mizuho →