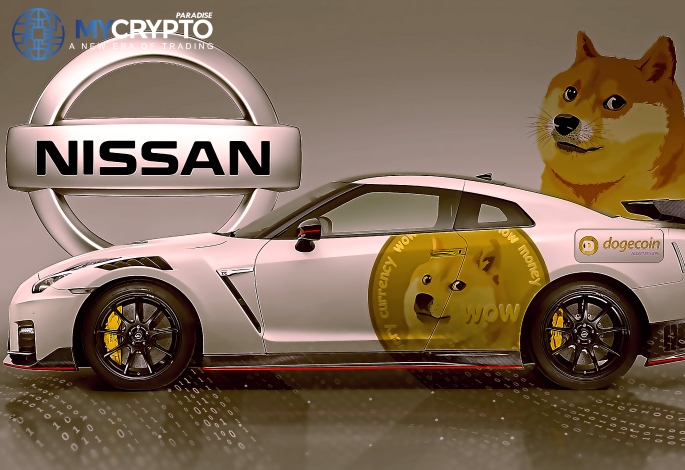 Having the richest man on the planet, Elon Musk, rooting for Dogecoin, it was only inevitable to have it creating headlines. As of Friday last week, Nissan corporation announced that it would be accepting the currency as a form of payment.

Elon’s famous tweet on the currency has remarkably set the ground for the asset’s popularity in the industry. In just a matter of weeks from the tweet, the price of Dogecoin has reached its all-high price of $0.84.

When interviewed on the issue, one of Daytona Nissan’s co-owners admitted to not being familiar with the currency. According to him, the idea was suggested by one of his employees. I doubt the employee had any convincing to do, especially seeing who backed up the currency.

What About Asset Volatility?

The crypto business is plenty satisfying for profits, but its downsides could just as quickly be dreadful because of the industry’s volatility. For this exact reason, Daytona Nissan has set a limit of only $5000 worth of Dogecoin that can be processed for car sales.

The company is set for business and has already created crypto wallets to facilitate these payments. As for now, they remain impressed with the number of people opting to pay with the currency.

Nissan Accepts Dogecoin Amidst Skepticism Around the Asset

This is where it gets interesting!

While on the one hand, Earth’s richest man calls Dogecoin the future currency of the world, established investment capitalists are reluctant to onboard the prediction.

Nic Carter, a huge bitcoin investor and capitalist, recently reduced the now acclaimed Dogecoin to a ‘vehicle of speculation.’

Nic accuses Elon of misleading the world towards an asset that lacks anything interesting in terms of technology. He foresees a lot of people losing money in the endeavor to hodl DOGE.

We can only wait and see how this plays out.