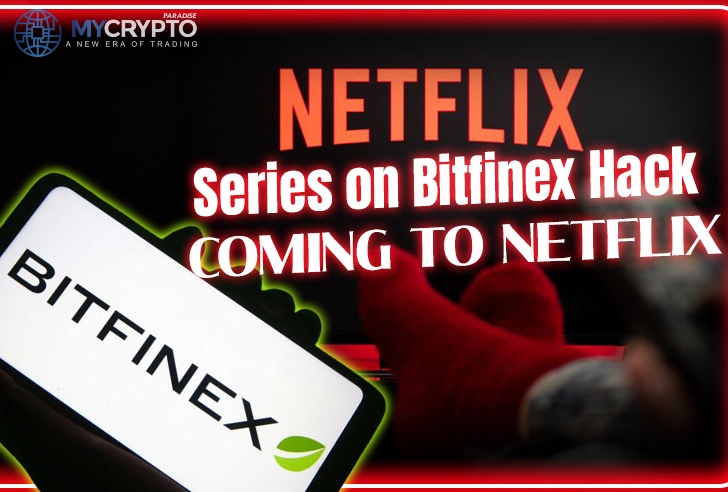 News of the arrest of a New York couple tied to the biggest money-laundering scheme in history broke on Tuesday, and Netflix wants people to remember this couple for a little longer.

Streaming giant Netflix has announced that a new docuseries following Ilya Lichtenstein and Heather Morgan is coming soon. The New York couple was arrested over their involvement in the $4.5 billion worth of Bitcoin hack that happened to Bitfinex in 2016. Netflix wants to bring the masses into the lives of the famous crypto couple, captured in the plot of the documentary.

The Bitfinex hack saw Bitcoin worth $63.7 million, at the time, lost. The value has grown to over $5 billion over the years. Lichtenstein and Morgan are accused of laundering close to 25,000 BTC of the stolen amount. The two remain in police custody as they await a bail hearing on Tuesday.

Netflix promises to bring viewers into the different ways the crypto couple attempted to launder the stolen Bitcoin. Allegedly, they created accounts with fake identities and bought gold and NFTs.

The Netflix docuseries on the Bitcoin couple will be directed by Chris Smith, who will also be its executive producer alongside Nick Bilton. Some of Smith’s notable works include Netflix’s Fyre Festival documentary and HBO’s 100 Foot Wave. Bilton, on the other hand, has worked as a producer on Alex Gibney’s Elizabeth Holmes documentary, The Inventor: Out for Blood in Silicon Valley.

Netflix’s interest in crypto films continues to grow. Last year, the streaming giant announced that it will release “Trust No One: The Hunt for the Crypto King.” It is a film that follows investors who try to investigate the death of the founder of QuadrigaCX exchange Gerald Cotton. Cotton died while in control of the keys to users’ wallets, thus losing millions of investors’ crypto assets.