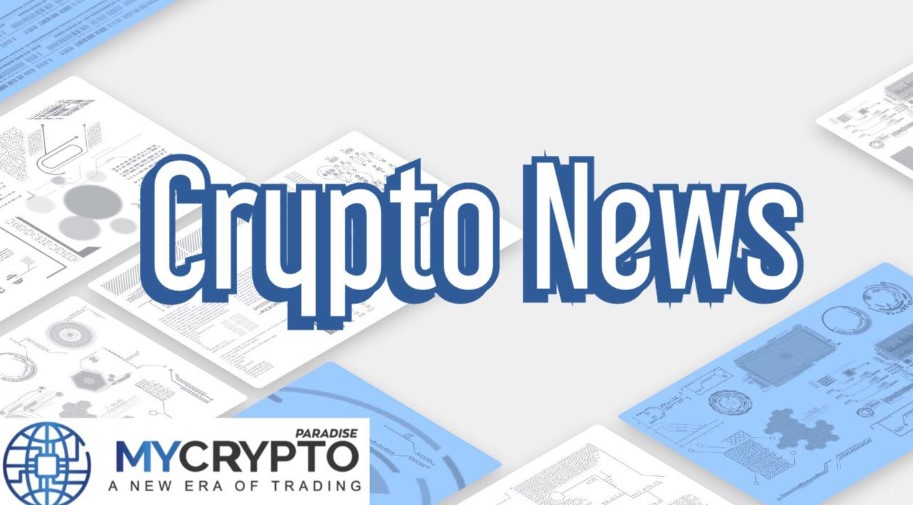 My crypto paradise weekly news is here and this is the final edition of MyCryptoParadise | Crypto News | Weekly 5. Crypto News Weekly 5 has all the trending news of the week.

What’s new this week in the crypto world?

While we predicted Bitcoin soaring over the $10,000 mark, the digital asset has been doing far more than just that. The current price ceiling has peaked at the $11,500 mark, and it keeps inching over the $12,000 mark once again. With the shift towards a cashless society, there’s an ongoing race to lead the crypto debit card schemes. Larger transaction companies like Paypal, Mastercard, and Visa have shown immense interest in advocating a cashless society with the help of  ‘crypto debit cards’. There’s a lot in store for the crypto world on this week’s crypto news round up.

With Bitcoins hitting over $12,084 this week, investors who have been following our crypto trading signals groups on telegram have benefitted for the better. Smaller assets such as Band, Coinlink have also risen in correlation with Bitcoin. However, our analysts at the Crypto Trading signals grouphave suggested that the BTC/USD pair will be incapable of continuing bullish correction. This week, a lot has happened to find out more, join the Paradise Family, and get the best crypto signals and best crypto alerts.

Bitcoin’s price has become the buzz of the week. The Digital asset has gained renewed traction from Wall Street and notable day traders in response to the price crossing over the $12,000 ceiling. While Bitcoin continues to soar into newer heights, smaller cryptocurrencies have made more significant gains.

Priced at 13$, Chainlink link token has surged over 120% over the month. With signs of gaining over 500% last year, the Ethereum-based token has played a crucial role in bridging smart contracts with external data sources. Interestingly, Ethereum-based tokens are all on the surge now in response to rising interest in DeFi apps that replicated traditional systems onto the blockchain network.

While the Wirecard scandal shook the crypto world in the subject from controversy, the crypto community has been skeptical in trusting a ‘crypto debit card.’ Even leading transactional companies such as Visa have tested crypto waters with WaveCresh, a  global digital payment solutions provider; however, the platform wasn’t following mandatory regulations, allowing Visa to pull out of the deal.

Since then, many companies and platforms have been trying to convince leading transactional companies to adhere to a cashless society. Interestingly Visa and Mastercard have later announced their interest in advocating financial solutions for digital currency by partnering up with platforms.

In other parts of the world

Moreover, the Binance backed cryptocurrency, Band Protocol, is the fastest-growing crypto with gaining over 5620% in 7 months. Unlike its counterpart, Chainlink, the Band protocol has hit a record high gain of 5620%. While it’s worth noting that Band’s market capitalization is only 5% of Chainlink; however, experts speculate the valuation gap will bridge over the next 12 months as Band soars to newer heights.

While these Ethereum based tokens continue to break records of all kinds, The Ethereum platform is under fire for the displayed ambiguity over its total supply. Unlike its counterpart, Bitcoin, Ethereum has no limit on its cryptocurrency, Ether. Instead, the Ether supply increases every year. Moreover, the Bitcoin platform has builtin functions to verify the total number of supply, unlike Ethereum.

However, in response to the rising interrogation, the community has introduced scripts to verify the total Ether supply, recorded at approximately 112,429,827 Ether.

The Bitcoin price surged over the $10,000 ceiling and is inching towards crossing the $12,000 mark. Traders around the world quickly realized the avenue of profits and moved the cryptocurrency back to $11,700 with quick sell-offs. Interestingly, the soaring Bitcoin prices indirectly influenced other notable Cryptocurrencies.

Researchers illustrated that Bitcoin’s price performance would continue to soar, while rival cryptocurrencies could see significant bearish trends in the upcoming week or month. The Demand for Bitcoin has allowed Bitcoin to break through the $10,000 ceiling as a Billion Dollar intelligence software firm plan to invest over $250 million into the asset. Although it’s likely Bitcoin’s price is affected by the derivative market.

In other news, the world’s largest cryptocurrency exchange, Binance, introduced perpetual future contracts in correlation with Bitcoin margins spanning up to 125x. It isn’t the first time Binance has offered perpetual futures. In attempts to stabilize underlying assets and mitigate price manipulations, Binance introduced bitcoin-margined perpetual futures to enable miners the opportunity to hedge their position while keeping their BTC holdings.

Binance aims to fulfill the role of a central counterparty clearing house, CCP, despite the lack of CCPs in the platform. Binance aims to guarantee trades considering markets will move slowly in contrast to faster losses.

Ethereum was priced at $295 at the start of this week. Interestingly, Ethereum soared over the $400 mark; however, the surge was then quickly rejected, and the price experienced further corrections to the $370 price point. Despite the resistance, Ethereum has settled at the $390 mark.

Ethereum has been in the news lately, especially after the Ethereum Classic Blockchain suffered a couple of 51% attacks by malicious miners attempting to steal millions worth of ETC tokens by spending them twice.

The attacker reportedly gained control over the Blockchain with the help of rented computing power. The attack managed to shuffle the blocks in the blockchain to spend Ether twice, spending over $5.6 million worth of ETC.

The attacker was successful in attacking by moving ETC to several exchanges and wallets under their control.  The attack circulated funds on exchanges and reorganized the blockchains to verify the circulating ETC.

Moreover, Ethereum is in the limelight over its vague total supply number. Unlike it’s rival Bitcoin, the Ether supply hasn’t yet been confirmed. While users continue to create scripts to verify the supply, the number is somewhat approximate than calculated. Standing at an estimated value of over 112 Million, the community has shown little to no interest in finding out the leading platform’s total supply.

Ethereum based tokens are soaring over incredible heights.

Ethereum based tokens have been surging in the market. With an increment of over 120% in Chainlink’s price, the token has been displaying gains of 500% during the last year and primarily established to bridge smart contracts with external data sources over a decentralized network.

Chainlink has gone up over 65% in the last week. The surge attributes to increasing interest in Defi platforms to replicate traditional financial instruments using Blockchain technologies. Interestingly, Chainlink has successfully taken over Bitcoin as the most traded cryptocurrency over 24 hours on several exchanges, including Coinbase.

Interestingly, Chainlink’s rival token, the Band Protocol, has also soared to a whopping record-high  5620% gain. Despite the market cap valued at only 5% to that of Link’s, crypto trading signals suggest BAND to overtake the scales over the year.

The Compound protocol is on course to establish a decentralized lending system called the Open Price Feed. The OPF has gone through several tests on various networks and survived operations for two weeks on Ethereum ‘test-nets’.

Moreover, Mastercard, another transaction giant, has announced their cryptocurrency programs to provide a seamless process for blockchain businesses to issue payment cards. With Companies such as Paypal and it’s sub-division Venmo testing crypto waters, users will be able to buy bitcoin via their mobile payments app.

Other companies such as Nike have also displayed their shift towards blockchain-based rewards for purchasing their products called CryptoKicks. Nike expects to introduce tokenized shoes based on the Ethereum blockchain to offer digital rewards on product purchases.

While crypto cards are a much needed financial tool to advocate replacing traditional systems, the protocol is yet to mature. Visa has a history in unsuccessful deals with several malicious and scandalous platforms over the years; however, with more substantial companies now diving into unchartered waters, it’s difficult to predict where they’ll land.

Interestingly, the Social media giant, Facebook, is also swimming in unchartered crypto waters. Facebook has introduced Facebook Financial to develop and establish payment projects. Facebook has shown great interest in introducing Fintech Solutions, with payments being introduced in several parts of the world on their messaging app, Whatsapp.