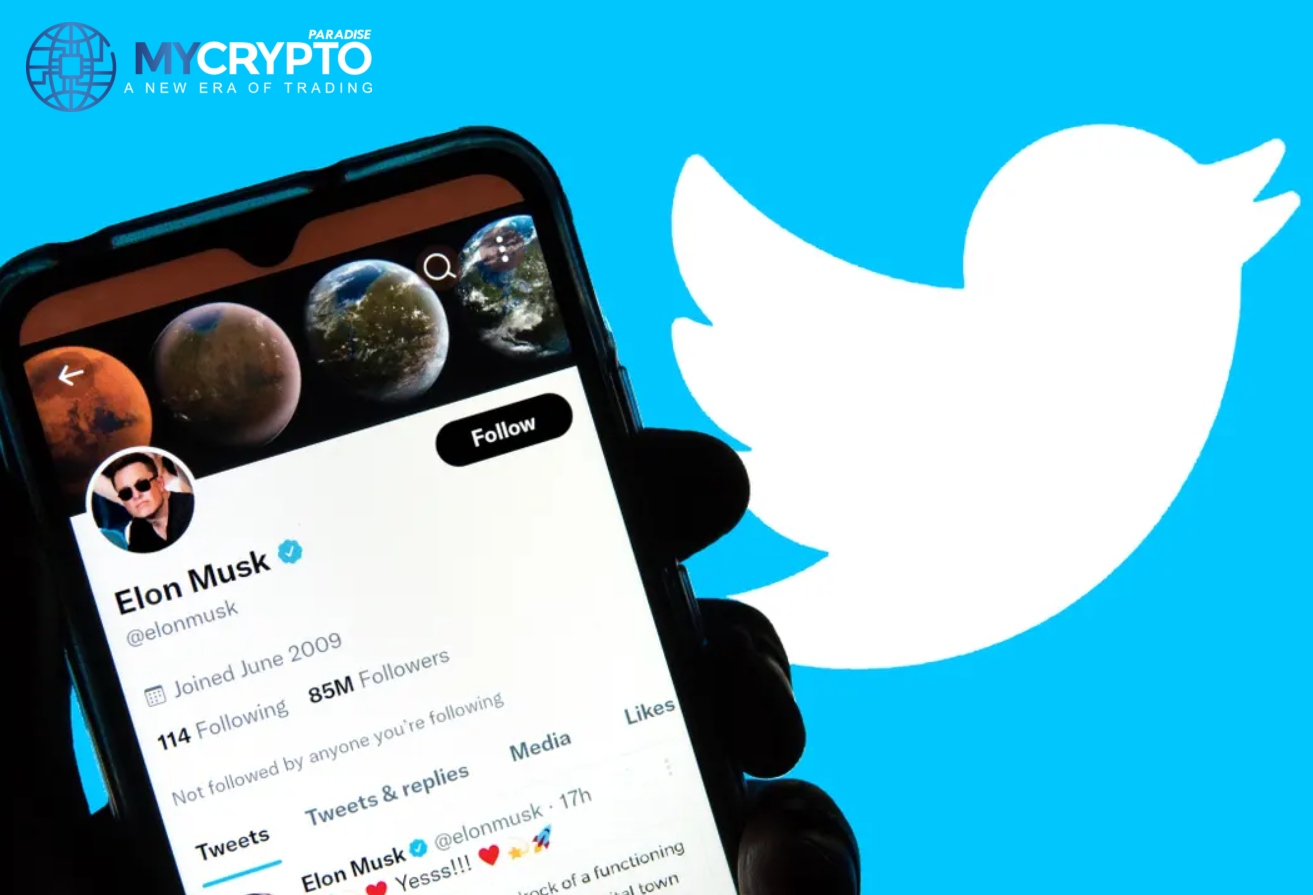 Tesla CEO, Elon Musk, has stated that it would help if Twitter integrated digital payment methods into its plans to create ease of money transfers on the platform.

During a Twitter virtual all-hands meeting on Thursday, Musk admitted that money is fundamentally digital in today’s world and will continue to be; hence Twitter should not be left behind.

Musk’s attendance at the meeting revealed his commitment to developing Twitter’s crypto policies. He has accepted the Twitter buyout at $44 billion. The purchase is still on track despite some public wavering into completing the deal.

Twitter had already entered the crypto industry under the ex-CEO, Jack Dorsey. He introduced Bitcoin (BTC) tipping in 2021 and then added Ethereum (ETH) early this year before quitting.

Twitter has also incorporated Stripe’s new payment program for its users. It has become the first social media platform to take this step. In April, Twitter announced that the program would enable payments in USDC through Polygon.

Musk gets sued for Fraud

Keith Johnson, a U.S citizen, has sued Musk and his companies (Tesla and SpaceX) on behalf of investors. The citizen claims that Musk has allegedly defrauded them of $258 billion in Musk’s Dogecoin (DOGE) pyramid scheme.

Recently Musk has been supportive of Dogecoin, saying that soon SpaceX’s products will be able to be purchased with the coin as it is with Tesla merchandise.

Johnson has filed the complaint in federal court in Manhattan, claiming that the coin is illegitimate and has no value. He seeks to block Musk and his companies from promoting Dogecoin as it constitutes gambling per U.S and New York laws.

By Thursday, Musk and his companies’ counsel and representatives were still silent on the matter.