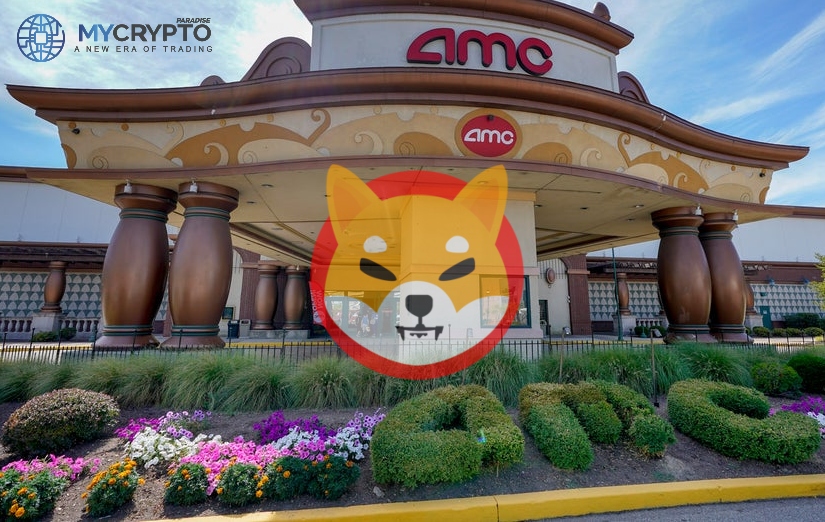 Meme coin Shiba Inu has been making headlines of late with its tremendous performance on the market. The hype around the “Dogecoin Killer” could earn it a spot among the payment options accepted by giant movie theatre AMC.

The king of Twitter polls AMC has taken yet another decision to tweep. On this occasion, AMC CEO Adam Aron wants to know if the number one movie theatre chain should accept Shiba Inu.

In the tweet, Adam Aron states that there is an option to purchase AMC gift cards using crypto, as the masses are aware. Furthermore, AMC’s IT team is soon working on the movie chain, accepting Bitcoin, Ethereum, Litecoin, and Dogecoin. AMC CEO concludes by asking if his team should strive to take Shiba Inu too.

AMC’s last poll was on whether the company should accept SHIB’s rival Dogecoin. The movie theatre announced two months ago that customers would pay for tickets and snacks using Bitcoin, Ethereum, Litecoin, and Bitcoin Cash.

A few weeks later, after the poll garnering many votes in favor of Dogecoin, AMC added the original meme coin to the list of accepted cryptocurrencies. While customers will start using the other coins this year, Dogecoin payments on AMC will be accepted early next year.

If AMC Added Doge, It Should Also Add SHIB Payments

When AMC CEO Adam Aron made the last poll, Dogecoin was the trending new coin at the time. However, a new meme token Shiba Inu has become the rising star over the last couple of days. If giant movie theatre AMC decided to accept Dogecoin due to its popularity, it is only fair that SHIB is accorded the same treatment.

Shiba Inu fans have taken to Reddit and Twitter to support their favorite coin’s addition to accepted payments on Leawood-headquartered movie theatre AMC. Moreover, there is an ongoing petition on Change.org to add SHIB to the commission-free trading platform Robinhood.