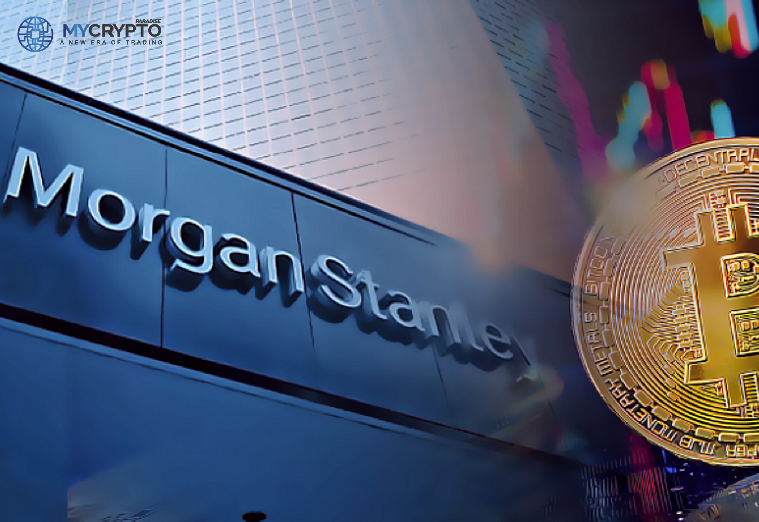 Banking giant Morgan Stanley has revealed a stake in Grayscale Bitcoin Trust of over 28,000 shares. Precisely, it is Morgan Stanley’s Europe Opportunity Fund that made a stake of 28,289 in the largest asset manager in cryptocurrency.

A filing to the United States Securities and Exchange Commission (SEC) ON June 28 revealed quoted the equivalent price of Morgan Stanley’s filing to $1.3 million.

Recently, Wall Street investment bank Morgan Stanley’s activity in cryptocurrency has gained momentum. In March, the megabank declared its intention to offer Bitcoin to its wealthy clients. Next, Morgan Stanley began exploring the possibility of acquiring the South Korean crypto exchange Bithumb. In April, an SEC filing revealed that the megabank had approved several of Grayscale’s funds to crypto exposure.

Morgan Stanley’s Europe Opportunity Fund has clients that consist of a mix of Europe–based established and emerging companies in the tech and non-tech industry.

Grayscale Bitcoin Trust fund is a bridge for traditional funds to gain Bitcoin exposure. It is the child company of Digital Currency Group. The fund holds an extensive Bitcoin reserve that approximately stands at over $20 billion worth of Bitcoin. Reportedly, Grayscale holds 654,000 Bitcoin, which is more than 3% of the cryptocurrency’s market supply.

After a recent hit towards the GBTC premium, investors are now able to access more Bitcoin than they were previously able to. Banking giant Morgan Stanley seems to have taken advantage of this opportunity.

Grayscale Bitcoin Trust allows investors to purchase shares directly by depositing BTC or US dollars. After a six-month lock-in period, the shares can then be sold in the secondary market. Wall Street investment bank Morgan Stanley’s shares will thus be unlocked in January next year.